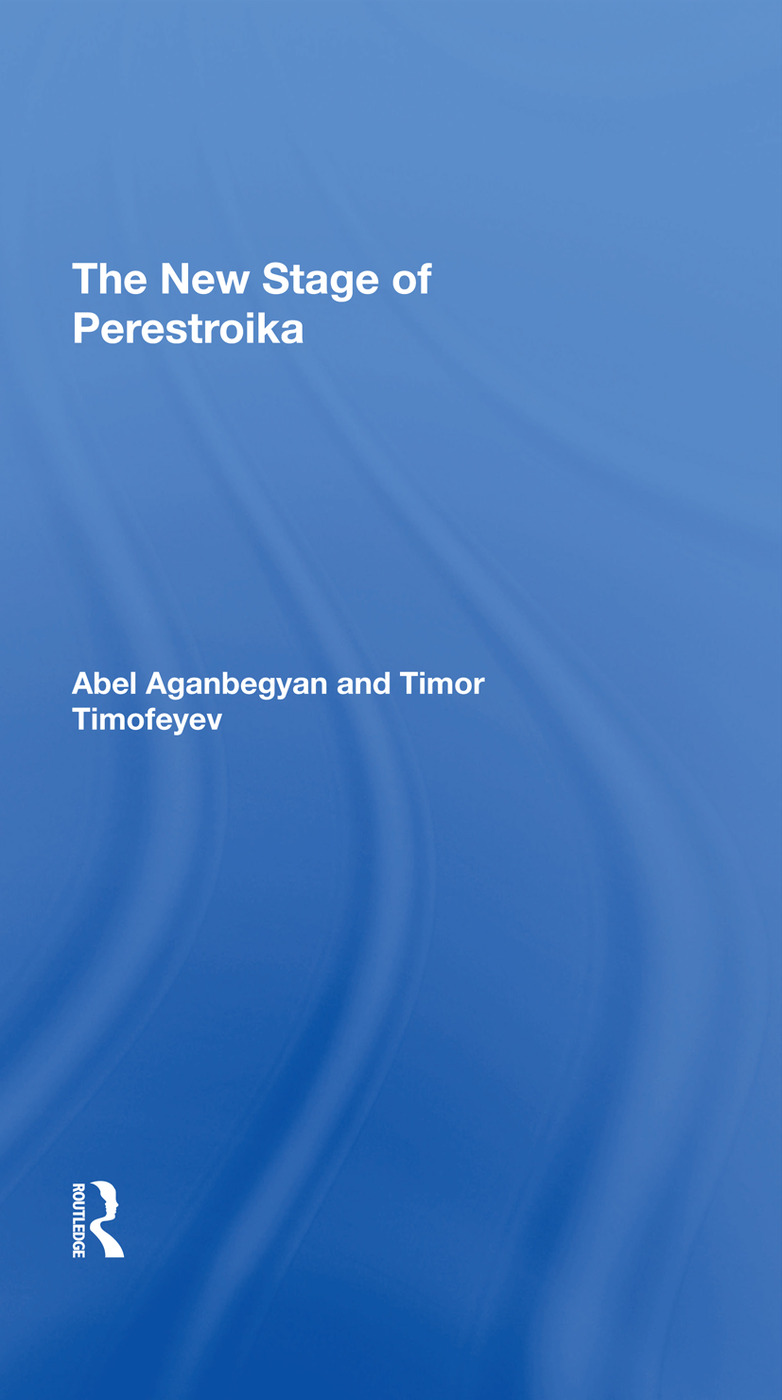 The New Stage Of Perestroika

This book focuses on the intrinsic linkage between Soviet radical domestic reforms—perestroika—and international economic changes, and their relationship to both internal stability and international security.

"Abel Aganbegyan is currently Head of the Economics Branch of the USSR Academy of Sciences and General Secretary Mikhail S. Gorbachev’s chief economic advisor. He has been a corresponding member of the USSR Academy of Sciences since 1964. After graduating from the Moscow State Institute of Economics in 1955, he worked until 1961 for the State Committee of the Council of Ministers of the USSR. He was named the Director of the Institute of Economics and Organization of Industrial Production of the Siberian Section of the Academy of Sciences of the USSR in 1966, after having served as their laboratory chief since 1961. His most recent publications include The Economic Challenge of Perestroika (Bloomington: Indiana University Press, 1988). Professor Timor Timofeyev has been Director of the Institute of International Labor Studies at the USSR Academy of Sciences since 1966. From 1961 to 1966, he was Deputy Director of the Institute for World Economy and International Relations. Professor Timofeyev, a historian and economist, has published numerous studies on Soviet domestic and foreign affairs."