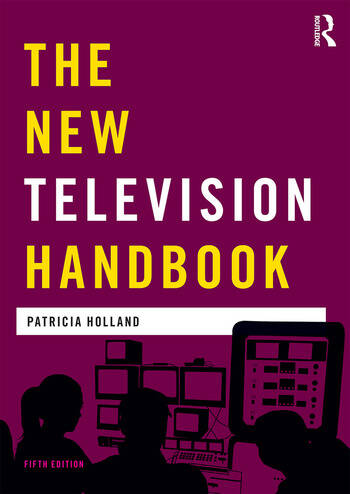 The New Television Handbook provides an exploration of the theory and practice of television at a time when the medium is undergoing radical changes. The book looks at television from the perspective of someone new to the industry, and explores the place of the medium within a constantly changing digital landscape.

This title discusses key skills involved in television production, including: producing, production management, directing, camera, sound, editing and visual effects. Each of these activities is placed within a wider context as it traces the production process from commissioning to post-production.

The book outlines the broad political and economic context of the television industry. It gives an account of television genres, in particular narrative, factual programmes and news, and it considers the academic discipline of media studies and the ways in which theorists have analysed and tried to understand the medium. It points to the interplay of theory and practice as it draws on the history of the medium and observes the ways in which the past continues to influence and invigorate the present.

By combining theory, real-world advice and a detailed overview of the industry and its history, The New Television Handbook is an ideal guide for students of media and television studies and young professionals entering the television industry.

Part 1: Background: Television structure and television studies  1. On the context and structure of contemporary television  2. Television studies  Part 2: The practitioner’s perspective  3. Production and production management  4. The visual dimension  5. Sound  6. Post-production  7. Second screen and the production of material that supplements and enhances the main programme  Part 3: About programmes  8. On genres  9. Narrative television  10. Documentary and factual  11. News and current affairs  12. ‘Everyday television’ and new genres  Part 4: On education, training and getting into the industry  Conclusion: Looking to the future

Patricia Holland has worked as an independent filmmaker, a television editor and a freelance journalist. She is currently a writer and researcher specialising in television history, and lectures at Bournemouth University, UK. Her most recent book is Broadcasting and the NHS in the Thatcherite 1980s (2013). She is the author of the first and second editions of The Television Handbook.