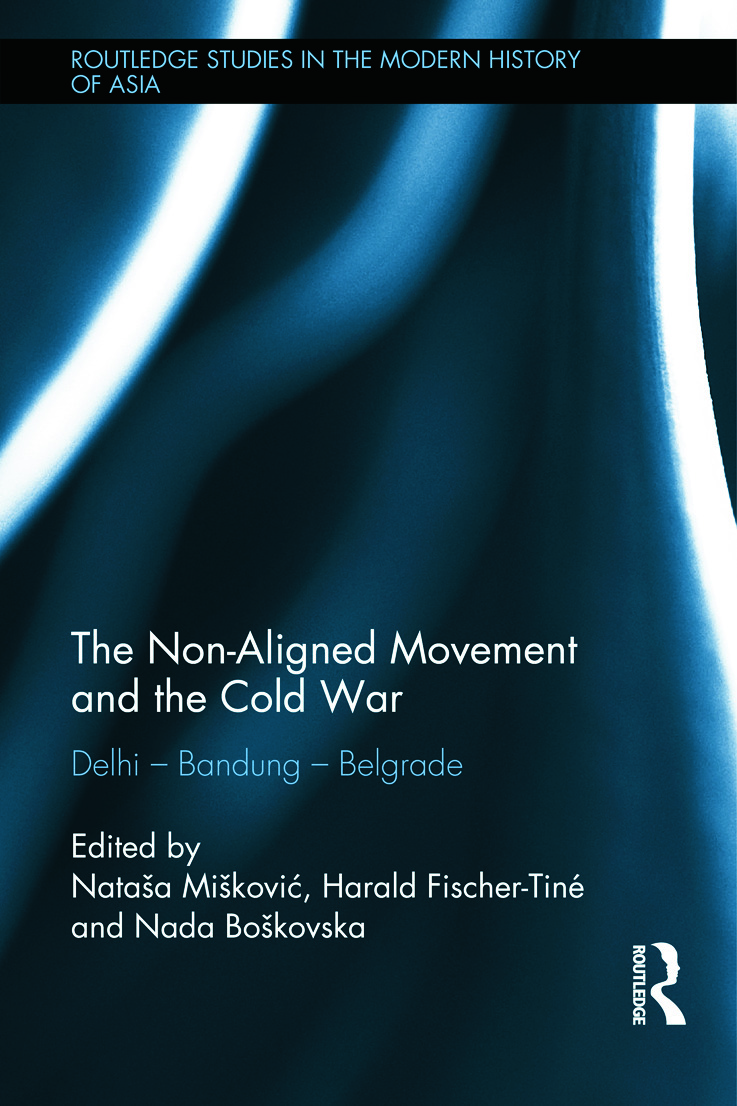 The Non-Aligned Movement and the Cold War

The idea of non-alignment and peaceful coexistence was not new when Yugoslavia hosted the Belgrade Summit of the Non-Aligned in September 1961. Freedom activists from the colonies in Asia, Africa, and South America had been discussing such issues for decades already, but this long-lasting context is usually forgotten in political and historical assessments of the Non-Aligned Movement.

This book puts the Non-Aligned Movement into its wider historical context and sheds light on the long-term connections and entanglements of the Afro-Asian world. It assembles scholars from differing fields of research, such as Asian Studies, Eastern European and Southeast European History, Cold War Studies, Middle Eastern Studies and International Relations. In doing so, this volume looks back to the ideological beginnings of the concept of peaceful coexistence at the time of the anticolonial movements, and at the multi-faceted challenges of foreign policy the former freedom fighters faced when they established their own decolonized states. It analyses the crucial role Yugoslav president Tito played in his determination to keep his country out of the blocs, and finally examines the main achievement of the Non-Aligned Movement: to give subordinate states of formerly subaltern peoples a voice in the international system.

An innovative look at the Non-Aligned Movement with a strong historical component, the book will be of great interest to academics working in the field of International Affairs, international history of the 20th century, the Cold War, Race Relations as well as scholars interested in Asian, African and Eastern European history.

Nataša Miškovic is SNSF Professor at the Institute of Middle Eastern Studies, University of Basel. Her research focus is on the shared history of the Balkans and the Middle East. Currently, she is preparing a monograph on the personal relationship between Tito, Nehru and Nasser.

Harald Fischer-Tiné is Professor of Modern Global History at the Swiss Federal Institute of Technology (ETH Zürich). He has published extensively on South Asian colonial history and the history of the British Empire. Currently, he is doing research on the YMCA in India.

Nada Boškovska holds the Chair for Eastern European History at the University of Zurich, Switzerland. Her research focus is on the Balkans, particularly the history of Yugoslavia, and on social and gender aspects of prepetrine Russia.