The Ottoman Economy and Its Institutions 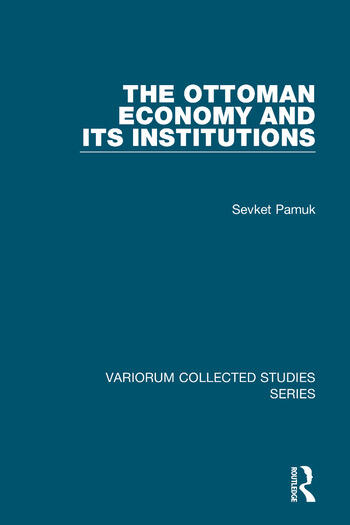 The Ottoman Economy and Its Institutions

The Ottoman Empire stood at a crossroads of intercontinental trade, stretching from the Balkans and the Black Sea region through the present day Middle East and most of the North African coast for six centuries up to World War I. The articles in this volume by a leading economic historian examine its economic institutions, the long term performance of the Ottoman economy and explore the reasons for the longevity of this large empire. Until recently, historiography had depicted an empire in decline after the 16th century. These articles argue, however, that the Ottoman state and society showed considerable ability to reorganize and adapt to changing circumstances through selective institutional change, well before the reforms of the nineteenth century. They also make the case that, until the 19th century, standards of living in many parts of the empire were not very different from those prevailing in most parts of continental Europe.

Sevket Pamuk is Professor of Economics and Economic History in the Ataturk Institute for Modern Turkish History and Department of Economics, BogaziÃ§i (Bosphorus) University, Turkey.

’The collection will be particularly welcome to historians of the Ottoman Empire - or at least those who are not themselves economic historians - as most of the articles originally appeared in journals outside their usual area of study and so will probably have escaped their notice.’ Journal of Islamic Studies