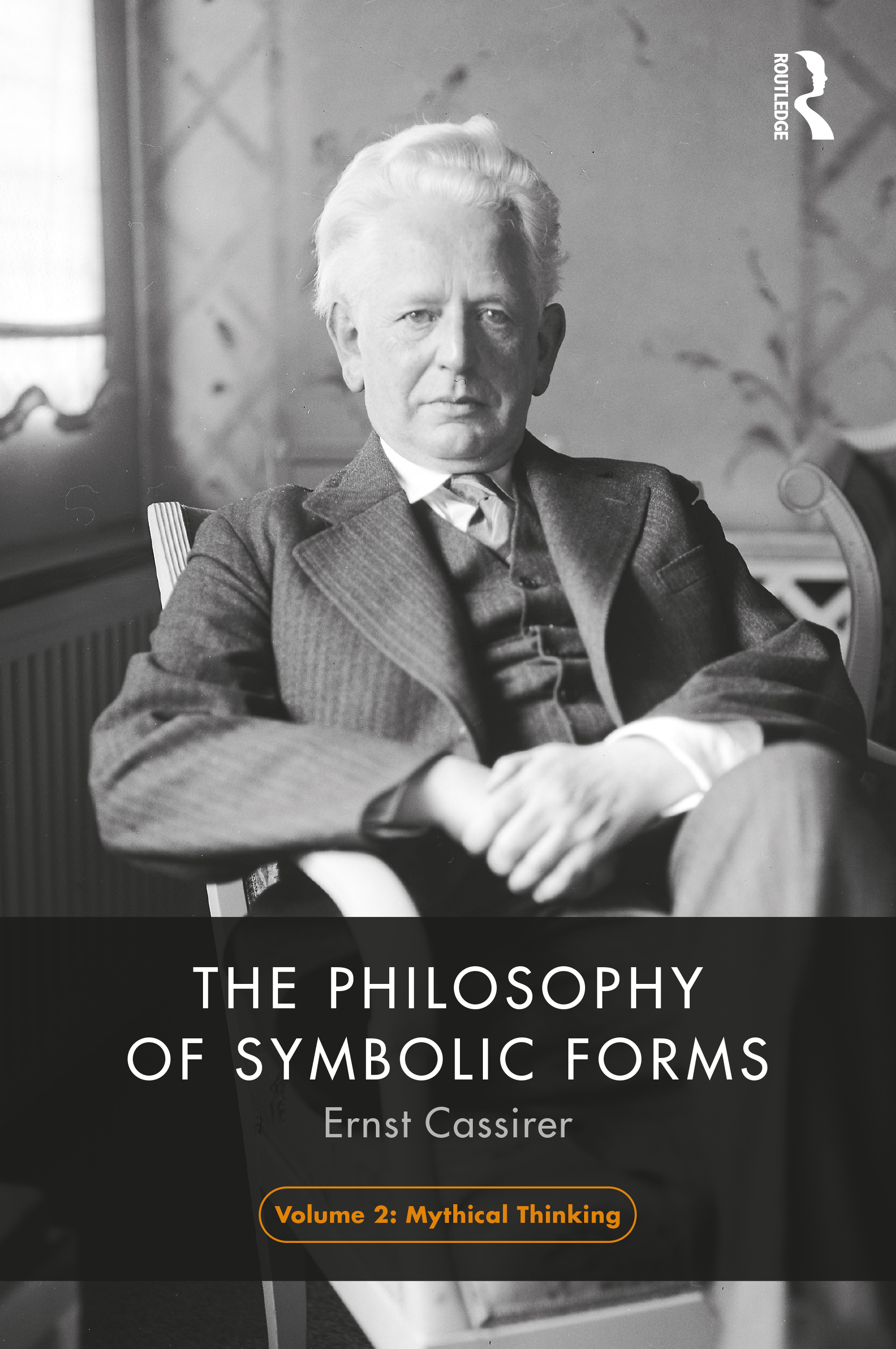 The Philosophy of Symbolic Forms, Volume 2

"The Philosophy of Symbolic Forms is one of the landmarks of twentieth-century philosophy. Drawing from the influential work of Wilhelm Dilthey, it transformed neo-Kantianism into a new robust philosophy of culture. The second volume, on Mythical Thinking, analyzes the fundamental layers of perception and expression as well as the articulations with religion and the dialectic with other forms, essentially language and art.

The intellectual breadth of the volume is remarkable. It initiated the debate with Martin Heidegger and prompted a long-lasting meditation by Hans Blumenberg. We are only beginning to recognize its importance for our understanding of the power of images in the construction of aesthetics, the self, and the socio-political world. It initiated a discussion within French sociology (Émile Durkheim, Marcel Mauss) that ultimately resurfaced in Pierre Bourdieu, while today it is considered as a resourceful path for cultural and critical theory (Drucilla Cornell and Kenneth M. Panfilio). Finally, this volume also offers solid grounds for a political critique of Nazism - specifically: Alfred Rosenberg’s Myth of the 20th Century and Adolf Hitler’s MeinKampf - as well as the new emerging totalitarian ideologies." - Fabien Capeilleres, Professor of Philosophy, editor of the French edition of Cassirer’s Works

This new translation makes Cassirer’s seminal work available to a new generation of scholars. Each volume includes an introduction by Steve Lofts, a foreword by Peter Gordon, a glossary of key terms, and an index.

Steve Lofts is Professor of Philosophy at King’s University College, Canada. He is the translator of Cassirer’s The Logic of the Cultural Sciences and The Warburg Years (1919-1933): Essays on Language, Art, Myth, and Technology.

Translator’s Introduction: A Transcendental Critique of Mythical-Religious Consciousness – Identity Thinking, the Natural Attitude, and an Immanence in the Sacred Sense of Life

Introduction: The Problem of A "Philosophy of Mythology"

1. The Character and Basic Tendency of Mythical Object Consciousness

2. The Individual Categories of Mythical Thinking

Part 2: Myth as Form of Intuition – The Construction and Organization of the Spatial-Temporal World in Mythical Consciousness

2. The Basic Features of a Morphology of Myth – Space, Time, and Number

Part 3: Myth as Life-Form – The Discovery and Determination of Subjective Reality in Mythical Consciousness

2. The Forming Emergence of the Feeling of Self from the Mythical Feeling of Unity and Life

Part 4: The Dialectic of Mythical Consciousness.

Ernst Cassirer was born in 1874 in the German city of Breslau (now Wroclaw, Poland). He entered the University of Berlin in 1892, taking a course with the sociologist Georg Simmel. Simmel introduced Cassirer to the writings of the Neo-Kantian school, particularly Hermann Cohen. Cassirer became deeply interested in Neo-Kantianism, reading Kant primarily as an epistemologist and methodologist of science against the prevailing German idealist legacy of Kant as a metaphysician. In 1894 he moved to Marburg University to study with Cohen, completing his doctorate in 1899 with a dissertation on Descartes’s analysis of mathematics and science. He returned to Berlin in 1903, where he continued to work on Descartes and Leibniz whilst developing his much larger interpretation of the development of modern philosophy and science from the Renaissance to Kant. The first volume of this work served as his habilitation at the University of Berlin, where he taught as an instructor or Privatdozent from 1906 to 1919.

In 1919 Cassirer was offered a professorship at the newly founded University of Hamburg, at the time under the Weimar Republic. He taught at Hamburg from 1919 to 1933. During these years Cassirer completed his three-volume Philosophy of Symbolic Forms, his major work. It went far beyond the neo-Kantianism of the Marburg School, attempting to unite scientific and non-scientific modes of thought - "symbolic forms" - within a single philosophical vision. In 1929 he took part in a famous debate with Martin Heidegger in Davos, Switzerland, where Cassirer defended his brand of neo-Kantian symbolic forms in the face of Heidegger’s existentialist and phenomenological critique of neo-Kantianism.

In 1933, Cassirer emigrated from Germany and spent two years lecturing at Oxford and then six years at the University of Gothenburg in Sweden. He developed his theories of morality and the philosophy of law through the study of the Swedish legal philosopher Axel Hägerström. He also continued to work on the relationship between the natural sciences and the "cultural sciences, rejecting Rudolf Carnap’s physicalism and challenging the drift towards what he regarded a scientific reductionism in philosophy. Cassirer finally settled in the United States, where he taught at Yale University from 1941 to 1944 and at Columbia in 1944–45. During these years he wrote An Essay on Man, which expresses some of the core themes of The Philosophy of Symbolic Forms, and the Myth of the State, which examines rise of fascism on the basis of Cassirer’s conception of mythical thought. He died suddenly as a result of a heart attack while walking in New York in 1945.

Ernst Cassirer occupies a unique space in Twentieth-century philosophy. A great liberal humanist, his multi-faceted work spans the history of philosophy, the philosophy of science, intellectual history, aesthetics, epistemology, the study of language and myth, and more. Cassirer’s thought also anticipates the renewed interest in the origins of analytic and continental philosophy in the Twentieth Century and the divergent paths taken by the 'logicist' and existential traditions, epitomised by his now legendary debate in 1929 with the philosopher Martin Heidegger, over the question "What is the Human Being?"

is Cassirer's most important work. It was first published in German in 1923, the third and final volume appearing in 1929. In it Cassirer presents a radical new philosophical worldview - at once rich, creative and controversial - of human beings as fundamentally "symbolic animals", placing signs and systems of expression between themselves and the world.

This major new translation of all three volumes, the first for over fifty years, brings Cassirer's magnum opus to a new generation of students and scholars. Taken together, the three volumes of The Philosophy of Symbolic Forms are a vital treatise on human beings as symbolic animals and a monumental expression of neo-Kantian thought.

Correcting important errors in previous English editions, this translation reflects the contributions of significant advances in Cassirer scholarship over the last twenty to thirty years. Each volume includes a new introduction and translator's notes by S. G. Lofts, a foreword by Peter Gordon, a glossary of key terms, and a thorough index.