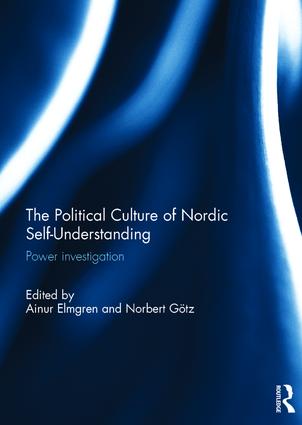 The Political Culture of Nordic Self-Understanding

‘Power investigation’, or the practice of power to legitimize itself through commissioned programmes of scientific enquiry, is a hallmark of Nordic democracy. Five power investigations have been conducted in the Nordic countries since 1972. The close connection to state power has not dissuaded prominent scholars from participating in them, nor have their findings evoked strong criticism. Combining politically guided perspectives with collaborative research, power investigations represent public events that typify the ostensibly open political culture of the Nordic countries, rather than simply existing as texts or as a politico-scientific genre. Although such investigations have been thought of as critical studies of power, the authors in this book show that their findings have varied greatly and that they have served as tools for wielding power. Whatever shortcomings they uncover, the utility of these investigations in suggesting transparency and self-reflection enhances the legitimacy of Scandinavian government. The investigations are persuasive exercises through which the commissioning authorities and those scholars hired to carry them out engage in a mutually beneficial exchange. Underlying this strategy is the perception, deeply embedded in Nordic political culture, that politics is a progressive, rational endeavour, and that identification with the state is an honourable role for academics.

This book was published as a special issue of the Journal of Contemporary European Studies.

3. From the Swedish Model to the Open Society: The Swedish Power Investigation and the Power to Investigate Power, 1985 – 1990 Carl Marklund

4. Three Nordic Power Investigations on the Repercussions of the European Union on Sovereignty and Democracy Ann-Cathrine Jungar

6. Power and Society in Finland: Change and Continuity Ainur Elmgren

Ainur Elmgren is a post-doctoral researcher in Political Science and History at the Network for European Studies, University of Helsinki, Finland.

Norbert Götz is Professor of History at the Institute of Contemporary History, Södertörn University, Sweden.