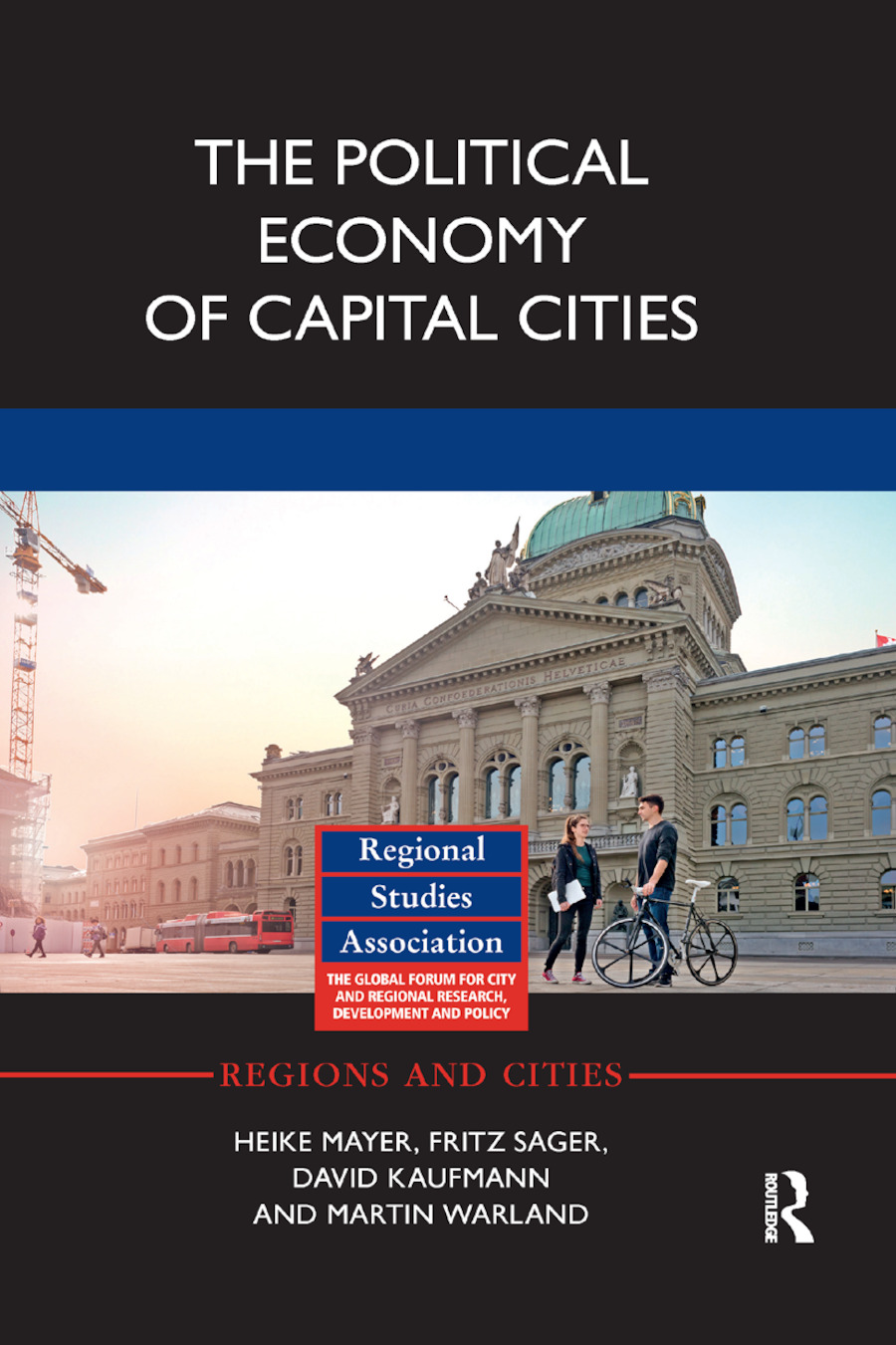 The Political Economy of Capital Cities

Capital cities that are not the dominant economic centers of their nations – so-called ‘secondary capital cities’ (SCCs) – tend to be overlooked in the fields of economic geography and political science. Yet, capital cities play an important role in shaping the political, economic, social and cultural identity of a nation. As the seat of power and decision-making, capital cities represent a nation’s identity not only through their symbolic architecture but also through their economies and through the ways in which they position themselves in national urban networks.

The Political Economy of Capital Cities

aims to address this gap by presenting the dynamics that influence policy and economic development in four in-depth case studies examining the SCCs of Bern, Ottawa, The Hague and Washington, D.C. In contrast to traditional accounts of capital cities, this book conceptualizes the modern national capital as an innovation-driven economy influenced by national, local and regional actors. Nationally, overarching trends in the direction of outsourcing and tertiarization of the public-sector influence the fate of capital cities. Regional policymakers in all four of the highlighted cities leverage the presence of national government agencies and stimulate the economy by way of various locational policy strategies.


While accounting for their secondary status, this book illustrates how capital-city actors such as firms, national, regional and local governments, policymakers and planning practitioners are keenly aware of the unique status of their city. The conclusion provides practical recommendations for policymakers in SCCs and highlights ways in which they can help to promote economic development.

Heike Mayer is a Professor of Economic Geography at the Institute of Geography and a member of the Center for Regional Economic Development at the University of Bern in Switzerland.

is a Professor of Political Science at the KPM Center for Public Management at the University of Bern in Switzerland.

is a Postdoctoral Researcher at the KPM Center for Public Management at the University of Bern in Switzerland.

was a Postdoctoral Researcher from August 2016 until January 2017 at the Institute of Geography and the Center for Regional Economic Development at the University of Bern in Switzerland.