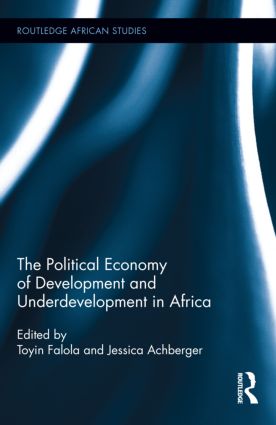 The Political Economy of Development and Underdevelopment in Africa

While Africa is too often regarded as lying on the periphery of the global political arena, this is not the case. African nations have played an important historical role in world affairs. It is with this understanding that the authors in this volume set out upon researching and writing their chapters, making an important collective contribution to our understanding of modern Africa. Taken as a whole, the chapters represent the range of research in African development, and fully tie this development to the global political economy. African nations play significant roles in world politics, both as nations influenced by the ebbs and flows of the global economy and by the international political system, but also as actors, directly influencing politics and economics. It is only through an understanding of both the history and present place of Africa in global affairs that we can begin to assess the way forward for future development.

Toyin Falola is the Frances Higginbotham Nalle Centennial Professor in History at the University of Texas at Austin.

Jessica Achberger is a PhD candidate in the Department of History at the University of Texas at Austin.