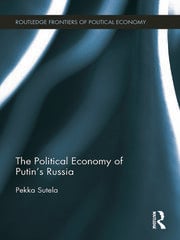 This book constitutes an up-to-date treatment of Russia’s economic development and economic policies since 2000, when Vladimir Putin became the President of Russia. After the slow decline and sudden collapse of the Soviet Union, Russia embarked upon a multi-faceted change. This included transition from central management to a market economy, from one-party rule to democracy, from multi-national empire to nation state, and from relative autarchy to opening up to the European and global communities. This book concentrates on economic change, exploring how in spite of steep production decline, widening welfare differentials and increasing social uncertainty, the 1990s also created many of the institutional and policy preconditions for a functioning market economy.

Pekka Sutela is Adjunct Professor at the Aalto University School of Economics in Helsinki, Finland; Nonresident Senior Associate at the Carnegie Endowment for International Peace in Washington DC, USA and President for 2012 of the Association for Comparative Economic Studies. He has published widely in economics and the Soviet and Russian economies.

"This is the best available book on the contemporary Russian economy. In case that sounds like faint praise, let me add that it is, by any standards, excellent. It is economically highly literate but clear to the non-specialist; Pekka Sutela’s command of a wide range of both western and Russian sources is admirable; and the text is full of judicious assessments based on evidence that is clearly presented and carefully weighed." - Philip Hanson, Russia and Eurasia Programme, Chatham House; International Affairs 88: 5, 2012

‘Professor Pekka Sutela stands out as one of the world’s most knowledgeable scholars focused on the Russian economy, both in Soviet times and the present. In this new book, he displays his erudition with his impressive reading of both the Russian and international literature... Sutela’s greatest strength is to penetrate what has really happened in the Russian economy and welfare, and the book offers a complex and realistic view of how output may have developed during the transition... To conclude, this is an excellent, empirical book about the Russian economy under Putin, the best book on that topic to date, a "must-read" for serious experts, and a mine of data and sources. It is a sophisticated book for specialists rather than a light read for a broader audience.’ - Anders Åslund, Eurasian Geography and Economics, No. 4 (2012)