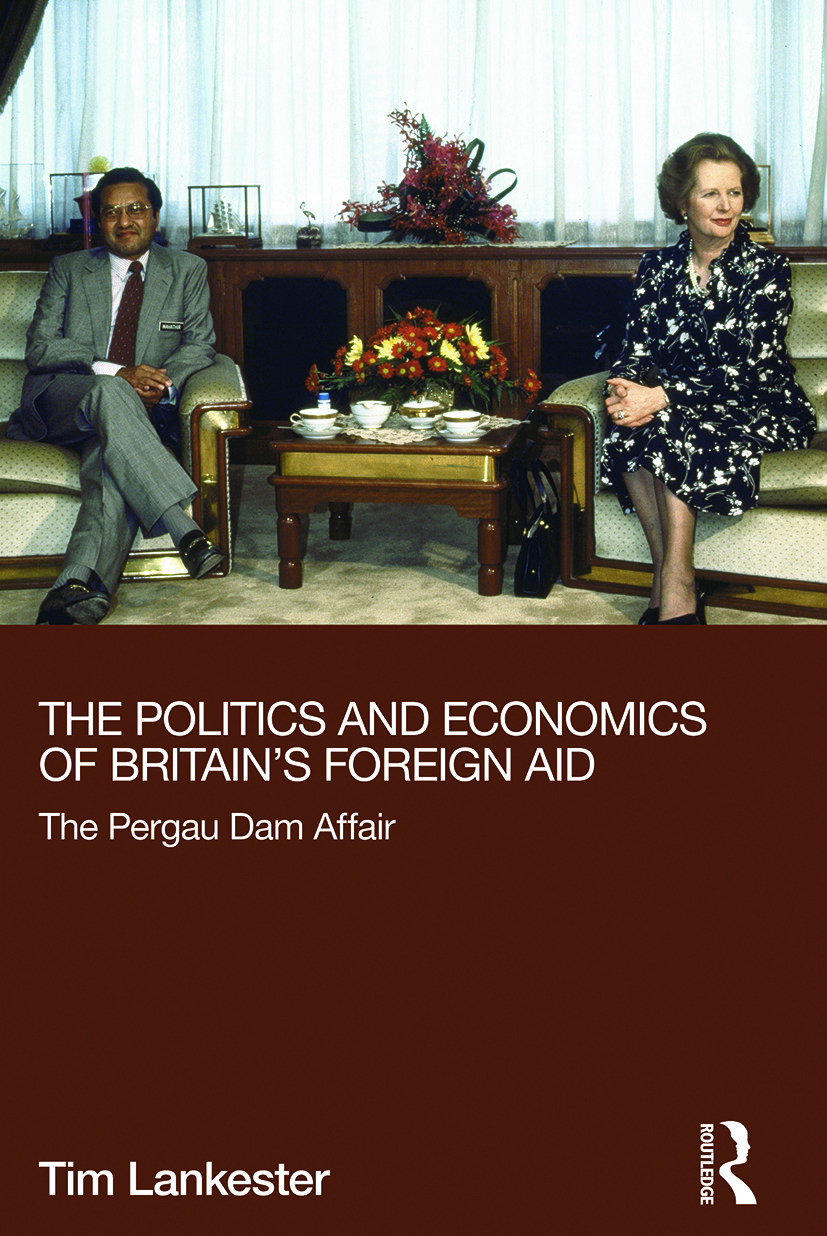 The Politics and Economics of Britain's Foreign Aid

The Pergau dam in Malaysia was the most controversial project in the history of British aid. Because of its high cost, it was a poor candidate for aid funding. It was provided in part to honour a highly irregular promise of civil aid in connection with a major arms deal. After two parliamentary inquiries and intense media coverage, in a landmark judgement the aid for Pergau was declared unlawful.

Tim Lankester offers a detailed case study of this major aid project and of government decision-making in Britain and Malaysia. Exposing the roles played by key politicians and other stakeholders on both sides, he analyses the background to the aid/arms linkage, and the reasons why the British and Malaysian governments were so committed to the project, before exploring the response of Britain’s Parliament, and its media and NGOs, and the resultant legal case. The main causes of the Pergau debacle are carefully drawn out, from conflicting policy agendas within the British government to the power of the business lobby and the inability of Parliament to provide any serious challenge. Finally, Lankester asks whether, given what was known at the time and what we know now, he and his colleagues in Britain’s aid ministry were correct in their objections to the project.

Pergau is still talked about as a prime example of how not to do aid. Tim Lankester, a key figure in the affair, is perfectly placed to provide the definitive account. At a time when aid budgets are under particular scrutiny, it provides a cautionary tale.

'This book is a very readable and fair-minded insider’s account of how government occasionally goes badly wrong. It shows how brave and strong-minded civil servants sometimes have to be to preserve integrity and decency in government'. – Lord Patten, Chancellor of Oxford University; former EU Commissione; former Minister for Overseas Development, UK.

'This book is an excellent example of something too little practised - a rigorous post-event evaluation. Tim Lankester showed great courage in speaking truth unto power, albeit unsucceessfully, and he has also confronted the reasons for ODA's failure to stop a poor project. Despite that, the Pergau Dam affair has generated many lessons and changed UK aid policy for the better.

The evaluation shows that the Pergau Dam was not the disaster many predicted (unlike the groundnuts project it actually works effectively). But nor was it the best option at the time, and as a way of generating British jobs it was very poor value for money. The real scandal was the improper confusion of defence and development objectives which the government then tried to cover up.The good news is that, as result of this affair, we will no longer waste development money on middle income countries as a backdoor industrial subsidy.' – Lord Turnbull, former Cabinet Secretary, UK.

'This is an unusual book. Very few senior civil servants, in the UK or elsewhere, are either willing or able to write a scholarly analysis of a controversial policy issue with which they were closely involved. Tim Lankester has done just that in his book on the Pergau dam. The result is a fascinating study of the political pressures which drive decisions about aid projects. In the Pergau case, aid officials tried to use rational economic analysis to bolster their case against the project, but ran up against powerful vested interests in both the UK and Malaysia. The book discusses the reasons for the resulting controversy and examines the lessons for British aid policy. It deserves to be read not just by those with a direct interest in the formulation and implementation of aid projects, but by all those interested in international development issues.' – Professor Anne Booth, School of Oriental and African Studies, UK.

'A fascinating account of one of the shabbier episodes of the late Thatcher premiership….a case study in bad government which should be read by anyone seriously interested in the inner workings of Whitehall and Westminster.' – Simon Jenkins, political journalist and author, UK.

'Tim Lankester has written a brilliant insider’s account of a pivotal event in UK development policy. Read it for its gripping narrative of this low water mark in British aid, in which civil servants and cost benefit analysis are the unlikely heroes. But read it also to understand how after foolishness can come wisdom. Following Pergau, politicians of all parties decided – and enshrined in the International Development Act -- that poverty reduction, and not commercial interest, would be the sole objective of British aid policy, in turn enabling the UK to become a world-leader in international development. Tim Lankester, a central and courageous actor in the Pergau drama, writes with flair and great skill.' – Andrew Steer, President, World Resources Institute, USA; former Director General, Department for International Development, UK.

'Tim Lankester has provided a superb account of the most important turning point in UK aid policy. It is comprehensive, objective and authoritative, as only an insider's reconstruction can be. "The Pergau Dam Affair" is a gripping narrative not just of aid management, but of the way that political disasters happen and the people and institutions that manage to extract beneficial change from folly. I cannot praise it too highly.' – Professor John Toye, Oxford University, UK.

'Tim Lankester's book is the story of Malaysia's Pergau Dam which was funded by British Development aid, written from the perspective of a professional civil servant with an intimate knowledge of how the deal was mooted, structured and executed. It underscores the importance of good governance in both Malaysia and Britain. I recommend it to those interested in understanding Malaysia's political culture and crony capitalism.' – Dato' Din Merican, Malaysian Institute of Economic Research.

Sir Tim Lankester was UK Executive Director on the boards of the IMF and World Bank, and later Permanent Secretary of the Overseas Development Administration. He was Director of the School of Oriental and African Studies, London University, and from 2001 to 2009 President of Corpus Christi College, Oxford. He has published articles and book reviews on aid and development. He is currently Chairman of the Council of the London School of Hygiene and Tropical Medicine and an Advisor on South East Asia to the consulting firm, Oxford Analytica.