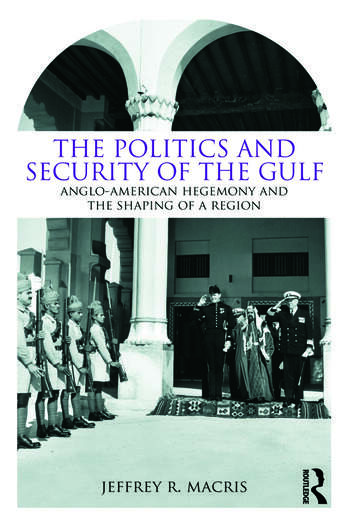 The Politics and Security of the Gulf: Anglo-American Hegemony and the Shaping of a Region

Since the 19th century the Gulf region has been an area of intense interest, having been influenced first by the British and more recently by the Americans. This book charts the changing security and political priorities of these two powers and how they have shaped the region.

Adopting a narrative approach, the author provides background history on British involvement from the 19th century and a detailed analysis of the years after the Second World War, when oil supply became more critical. He covers the growth of US influence and the British withdrawal, and follows more recent changes as the US built up its military presence following Desert Storm and the invasion of Iraq. Looking at the three enduring missions fulfilled by the British - maintaining interstate order, protecting the free flow of commerce, which later included petroleum; and keeping out other Great Powers – the book demonstrates how these had by 1991 been assumed almost entirely by the American leaders.

A comprehensive and thorough look at the history of the Gulf and the contemporary issues affecting the region, this will be essential reading for students of Middle East history, military history and diplomatic history.

Jeffrey R. Macris is a Permanent Military Professor at the U.S. Naval Academy in Annapolis, where he teaches Middle Eastern history and military history. A resident of the Persian Gulf for nearly three years, he has worked with military officers from most of the Arab states of the Gulf.

Reviews and further information on the title and the author can be found on the books website at: www.thepoliticsandsecurityofthegulf.com

"This comprehensive work presents and in-depth analysis of how British since the 19th century, and more recently the United States, have influenced and shaped the politics and security of the Persian Gulf region… This is a truly remarkable book of major importance that crosses several disciplines. It is a must-read for those interested in Middle East history, strategic studies, military history, and American British diplomatic history." – Dr. Shaheen Ayubi, professor of Political Science, Rutgers University

"A superb political-military study of the Persian Gulf region that provides a sophisticated analysis of British interests, past and present, and how the United States inherited its current security role driven largely by Britain's withdrawal "East of Suez" and U.S. Cold War fears.  It is a legacy, as Dr. Macris cogently points out in his conclusion, that the United States will continue to find difficult to discharge in the 21st century as guardian of global public goods." -- Frank L. Jones, Professor of Security Studies, U.S. Army War College

“Jeffrey Macris, has written a first-rate, timely and much-needed account of the handover of responsibility for the security of the Gulf from Britain to the United States during the past four decades. Let us hope that American and British policymakers will read it in order to avoid the mistakes of the past.” -- Dr. Saul Kelly, Defence Studies Department, King's College, London, UK Joint Services Command and Staff College

“Prof. Macris's work is an outstanding contribution to our understanding of the critically important Gulf region. His extensive research provides the reader with a well-written, balanced view of the roles of both of London and Washington in this area of the world.” -- Miriam Joyce, Ph.D., Professor of History, Purdue University Calumet

More reviews and further information on the title and the author can be found on the books website at: www.thepoliticsandsecurityofthegulf.com