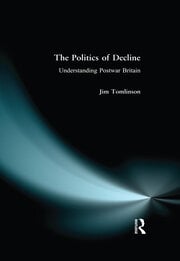 The key aim of this new book is to show how economic decline has always been a highly politicised concept, forming a central part of post-war political argument. In doing so, Tomlinson reveals how the term has been used in such ways as to advance particular political causes.