The Politics of Think Tanks in Europe 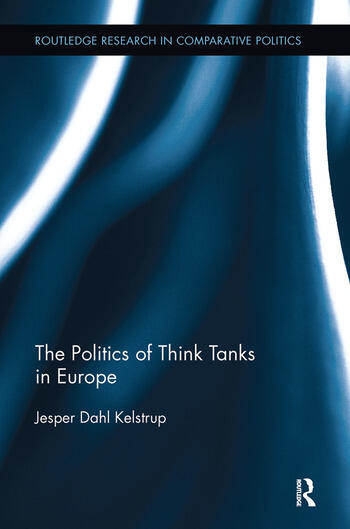 The Politics of Think Tanks in Europe

In the 21st century, think tanks have become more than a buzzword in European public discourse. They now play important roles in the policy-making process by providing applied research, building networks and advocating policies.

This text will be of key interest to scholars, students and practitioners of political communication, public policy, European politics and comparative politics.

4. The influence of the Continental think tank tradition

5. The influence of the Anglo-American tradition

6. The politics of think tanks in Europe

Jesper Dahl Kelstrup is an Assistant Professor in Public Administration, Collaborative Governance and European Policy-making at the University of Roskilde, Denmark.

"This is an ambitious and important book brimming with insights about the development of think tanks, particularly at the EU level, which is new and unchartered territory for scholars. By blending insights from knowledge regime theory and governance theory Kelstrup advances the comparative analysis of think tanks in important directions."

"Jesper Dahl Kelstrup’s book is both a valuable addition to the literature on policy-making in the EU and a must-read for students and scholars of think tanks more generally. Impeccably researched, informative and insightful throughout, this volume sheds significant light on how and why think tanks exercise influence in the European policy process."

"The think tank industry has come of age and as this book details, these organisations can sometimes pack a powerful punch in policy and politics. With this expanding industry we are witnessing a third generation of scholarly studies and through this book we find a new and promising research leader in Jesper Dahl Kelstrup. He provides a rich granularity in depicting the different think tank traditions in Europe and also significantly advances our understanding of the transnational dimensions of think tank activity. This book is a ‘must-read’ for anyone interested in following the institutional pathways of think tank policy analysis in Europe."

"All over the world, think tanks have become part of the machinery of policymaking. In The Politics of Think Tanks in Europe, Jesper Dahl Kelstrup offers both a novel framework for studying these ambiguous creatures and a systematic, comparative analysis of their impact in Europe. This is a must-read for anyone concerned with the changing relationship between social knowledge and politics."

"European think tanks studies are coming of age. Supranational policy arenas, multi-level governance and transnational policy have a profound impact on knowledge regimes. Kelstrup observes the ongoing transformation of think tank landscapes along Anglo-Saxon lines. This is a timely call for more transparency, and a stronger focus on transnational dimensions of think tanks in Europe’s public policy sphere."