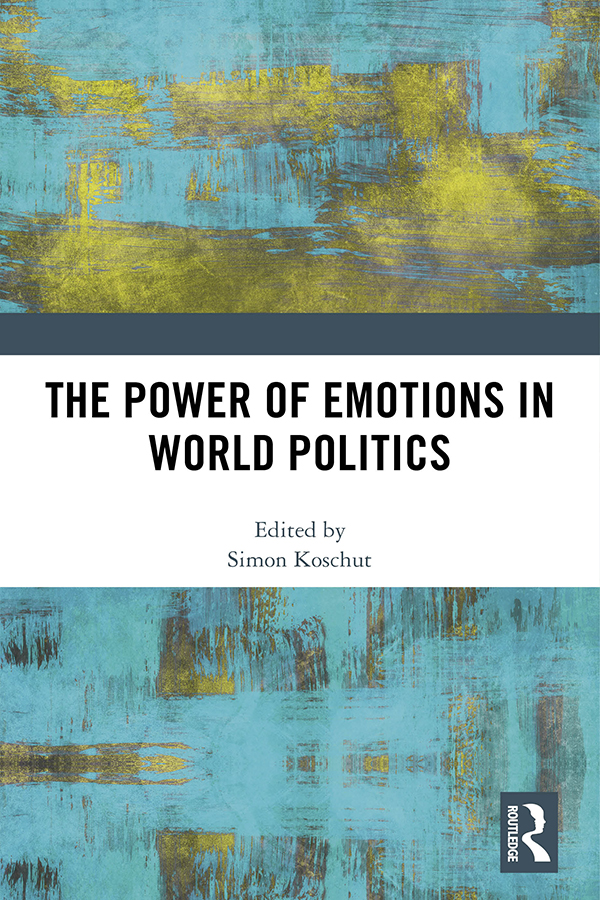 The Power of Emotions in World Politics

This book argues that the link between emotions and discourse provides a new and promising framework to theorize and empirically analyse power relationships in world politics.

Examining the ways in which discourse evokes, reveals, and engages emotions, the expert contributors argue that emotions are not irrational forces but have a pattern to them that underpins social relations. However, these are also power relations and their articulation as socially constructed ways of feeling and expressing emotions represent a key force in either sustaining or challenging the social order. This volume goes beyond the "emotions matter" approach to offer specific ways to integrate the consideration of emotion into existing research. It offers a novel integration of emotion, discourse, and power and shows how emotion discourses establish, assert, challenge, or reinforce power and status difference.

It will be particularly useful to university researchers, doctoral candidates, and advanced students engaged in scholarship on emotions and discourse analysis in International Relations.

PART I: Introduction and Analytical Framework

2. "An Extremely Obnoxious and Illegal Case": Three Approaches to Affect, Emotion and Discourse in the Aftermath of the Zhuhai Incident

3. Victimhood as Power in International Conflict

4. "On Monday, Our National Humiliation Will Be Over. We Will Finish with Orders from Abroad": Status, Emotions, and the SYRIZA Government’s Rhetoric in the Greek Sovereign Debt Crisis

5. Emotions and Reconciliation Rhetoric: Banishing the Dark Emotions in Timor-Leste

10. The Power of Viral Expression in World Politics

Simon Koschut is DFG Heisenberg Research Fellow at the Otto Suhr Institute at the Free University Berlin (2015–present). Previously, he held positions at the Weatherhead Center for International Affairs at Harvard University and the University of Erlangen-Nuremberg. He has edited four volumes and his work appeared in journals such as Review of International Studies, International Studies Review, Millennium, and Cooperation and Conflict.