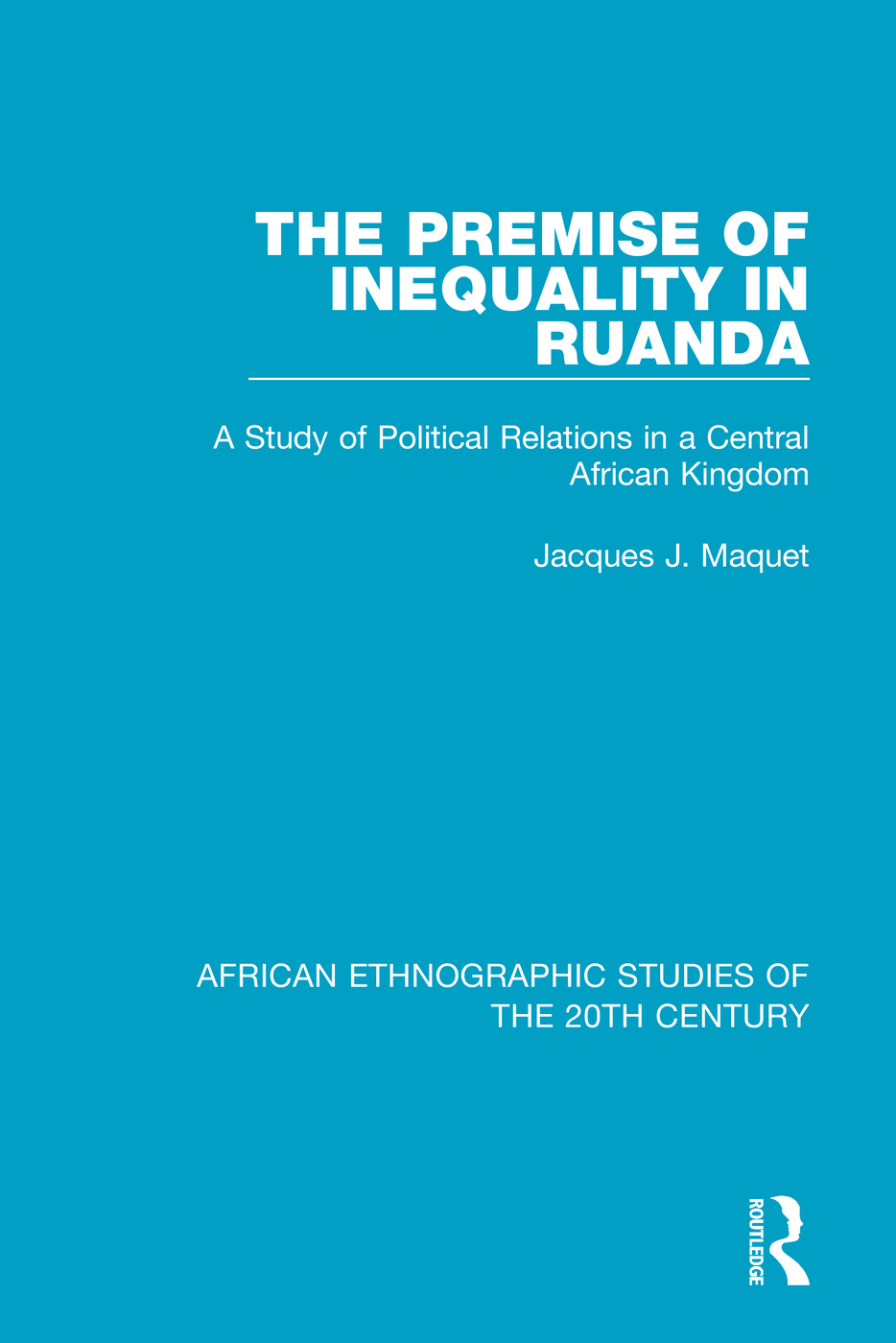 The Premise of Inequality in Ruanda

A Study of Political Relations in a Central African Kingdom, 1st Edition

Originally published in 1961, this study of the indigenous system of government in Ruanda-Urundi until the beginning of the 20th century, describes the complex relationship between the Tutsi and the Hutu and shows how the Tutsi succeeded in maintaining their political dominance without endangering the unity and efficient working of Ruanda society. It analyses the political organization of Ruanda and the position of the Tutsi, prior to the civil war of the 1990s.

‘…these admirable studies offer one of the best introductions to the protocol of meeting the elites of Tropical Africa.’ West Africa

1. The Country and its People

2. The system of Kinship and Affinity

3. Marriage and the Family

7. The Problem of Tutsi Domination

8. The Premise of Inequality

Professor Jacques Maquet taught at UCLA, Department of Anthropology, from 1971 through the 1990s.