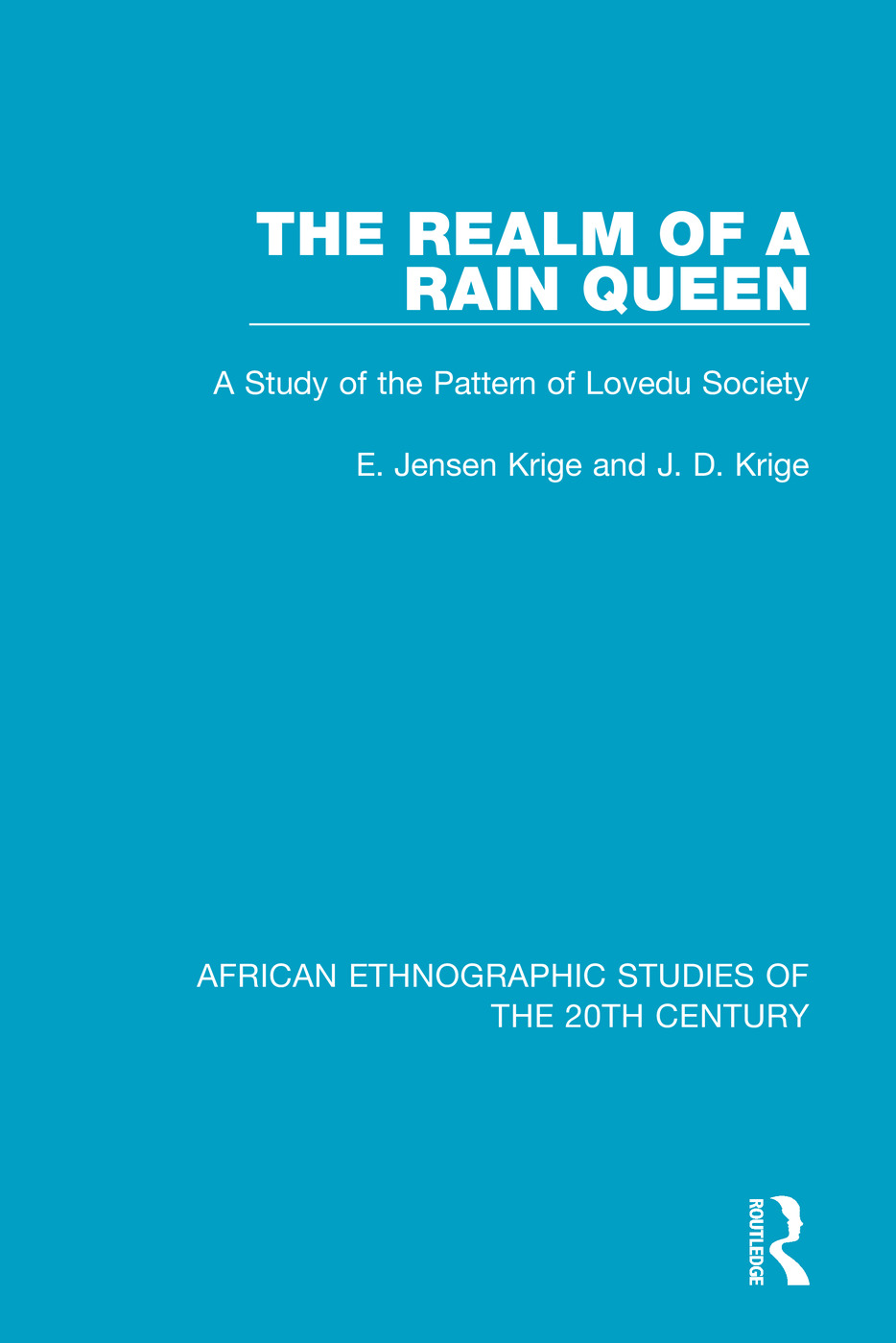 The Realm of a Rain Queen

A Study of the Pattern of Lovedu Society, 1st Edition

Originally published in 1943 this book discusses the life and culture of the Lovedu, a Bantu tribe in South Africa. As well as discussing the Rain-Queen, much of the book is devoted to the royal institutions; the network of links woven by kinship, marriage and marriage cattle, the legal procedure of compromise and appeasement and various aspects of magic, witchcraft and religion. Considered as a whole, the culture emerges as a structure supporting and in turns supported by the Rain-Queen.

1. Pageants of the Past

2. A Picture of Everyday Things

8. Fertility and the Drum Cult

9. Marriage and the Social Structure

10. Cogs in the Political Machinery

11. The Genius of Juridical Adjustments

12. The Pursuit of Health

13. The Role of the Ancestors

Eileen Jensen Krige (1905–1995) was a prominent South African social anthropologist noted for her research on Zulu and Lovedu cultures. Together with Hilda Kuper and Monica Wilson, she produced substantial works on the Nguni peoples of Southern Africa. Apart from her research she is considered to be one of the 'pioneering mothers' of the University of Natal, Durban, South Africa, where she taught from 1948 until retirement in 1970.