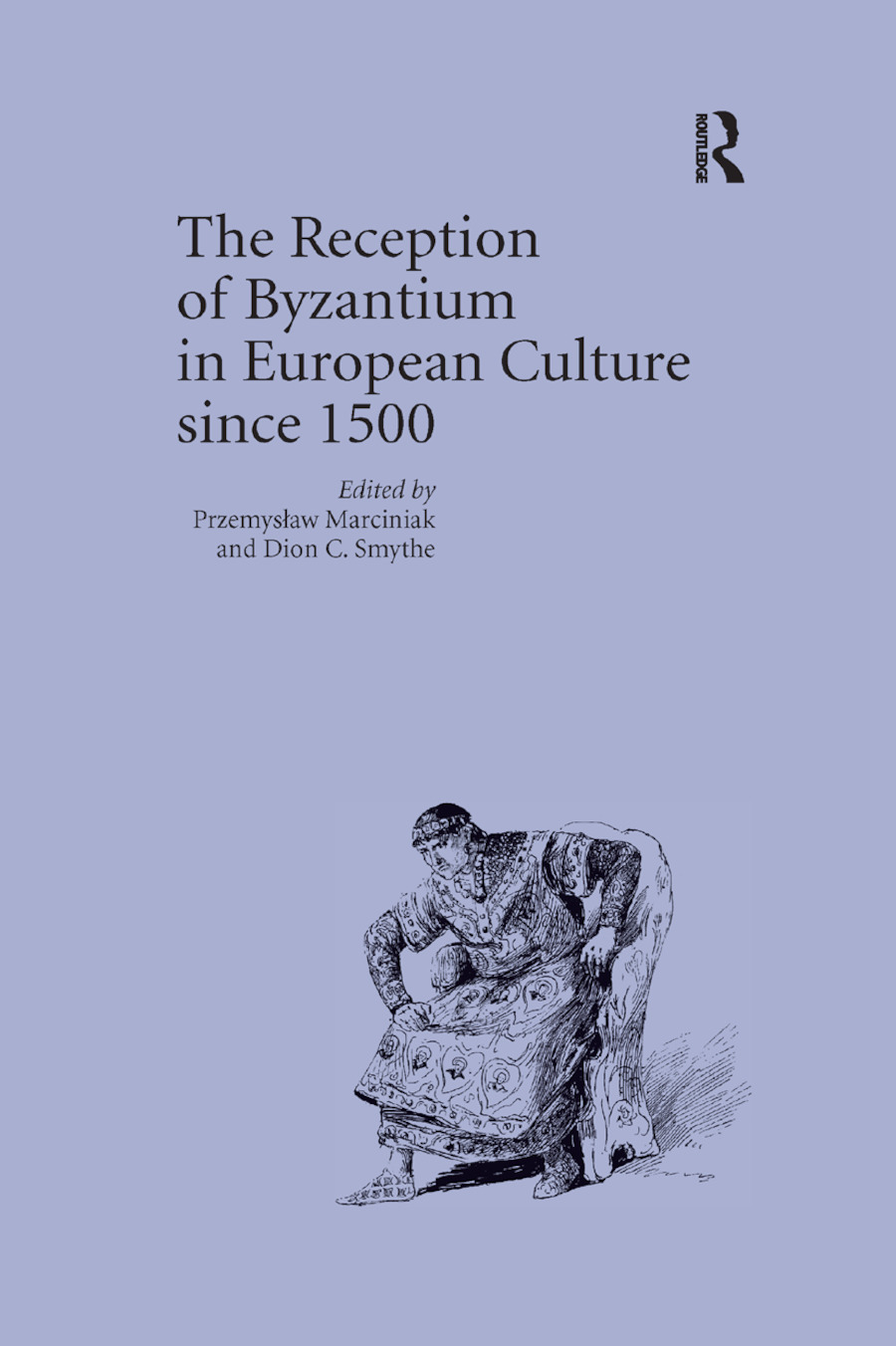 The Reception of Byzantium in European Culture since 1500

Studies on the reception of the classical tradition are an indispensable part of classical studies. Understanding the importance of ancient civilization means also studying how it was used subsequently. This kind of approach is still relatively rare in the field of Byzantine Studies. This volume, which is the result of the range of interests in (mostly) non-English-speaking research communities, takes an important step to filling this gap by investigating the place and dimensions of ’Byzantium after Byzantium’. This collection of essays uses the idea of ’reception-theory’ and expands it to show how European societies after Byzantium have responded to both the reality, and the idea of Byzantine Civilisation. The authors discuss various forms of Byzantine influence in the post-Byzantine world from architecture to literature to music to the place of Byzantium in modern political debates (e.g. in Russia). The intentional focus of the present volume is on those aspects of Byzantine reception less well-known to English-reading audiences, which accounts for the inclusion of Bulgarian, Czech, Polish and Russian perspectives. As a result this book shows that although so-called 'Byzantinism' is a pan-European phenomenon, it is made manifest in local/national versions. The volume brings together specialists from various countries, mainly Byzantinists, whose works focus not only on Byzantine Studies (that is history, literature and culture of the Byzantine Empire), but also on the influence of Byzantine culture on the world after the Fall of Constantinople.

Introduction, Marciniak and Smythe / Part I Uses of Byzantium: Whose Byzantinism - ours or theirs? On the issue of Byzantinism from a cultural semiotic perspective, Bodin / Hieronymus Wolf as editor and translator of Byzantine texts, Reinsch / The second Rome as seen by the third: Russian debates on ‘the Byzantine legacy’, Ivanov / (Saint) Helena of Sofia: the evolution of the memory of Saint Constantine’s mother, Vatchkova / Part II Art and Music: Byzantium: a night at the opéra, Smythe / Byzantium in Bavaria, Berger / Memory, mosaics and the monarch: the neo-Byzantine mosaics in Kaiser-Wilhelms-Gedächtniskirche, Sørensen / Typecasting Byzantium: perpetuating the 19th-century British pro-classical polemic, Rufus-Ward / Part III  Literature: Les Amours d’Ismène & Isménias, ‘roman très connu’: the afterlife of a Byzantine novel in 18th-century France, Nilsson / The adoption of Byzantine motifs in 19th- and 20th-century Czech and Moravian historical novel production, Havlíková / Byzantium in the Polish mirror: Byzantine motifs in Polish literature in the 19th and 20th centuries, Marciniak / ‘Constantinople Our Star’: the image of Byzantium and Byzantine aesthetics in fin-de-siècle and modernist poetry, Goldwyn / Byzantine receptions: an afterword, Stephenson / Indexes.

Przemyslaw Marciniak is Professor of Byzantine Literature and Head of the Department of Classics and the Center for Studies on Literature and the Reception of Byzantium, all at the University of Silesia, Poland; Dion C. Smythe is Lecturer in Byzantine Studies in the School of History and Anthropology at Queen's University Belfast, UK.