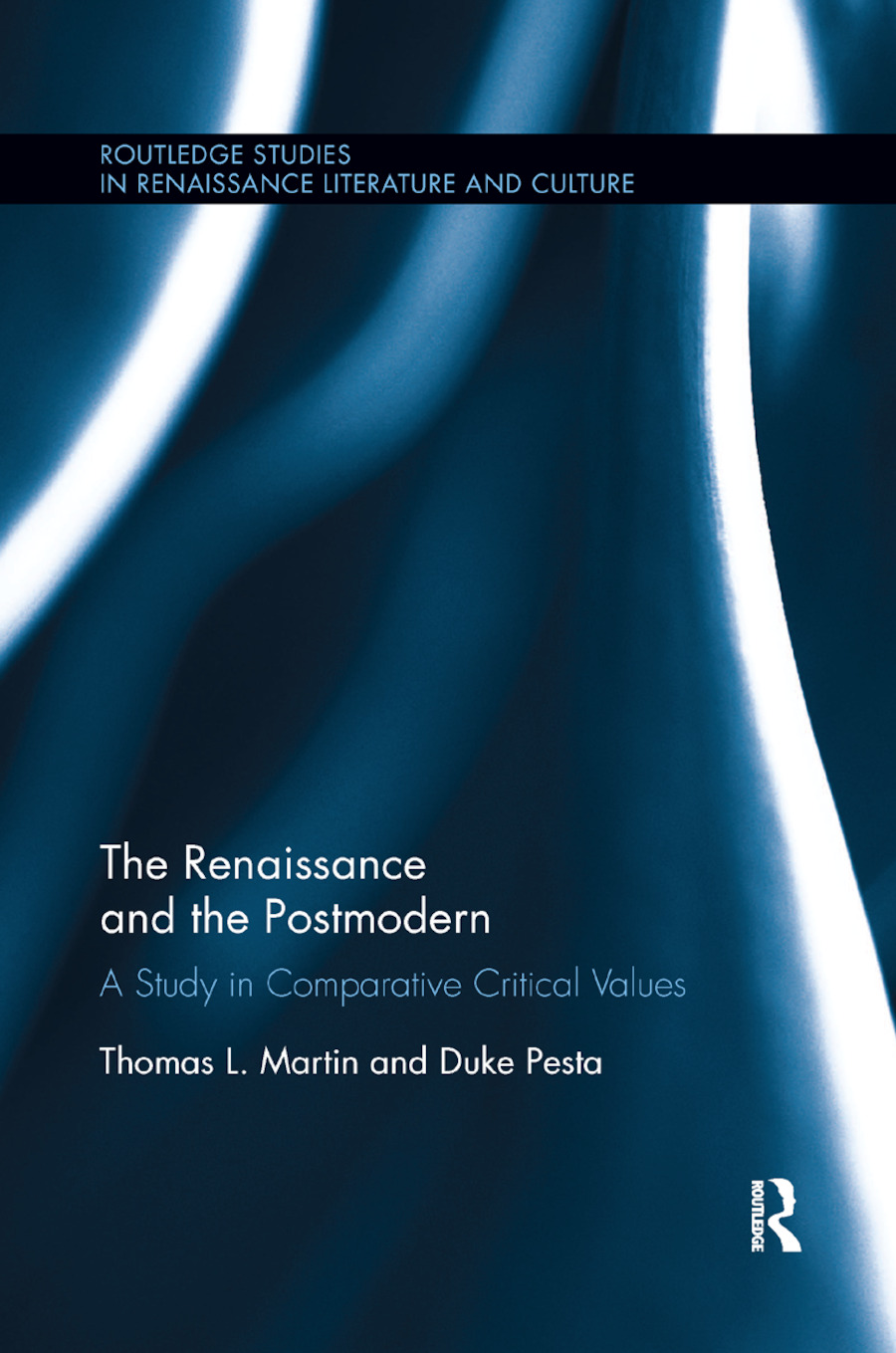 The Renaissance and the Postmodern

The Renaissance and the Postmodern reconsiders postmodern readings of Renaissance texts by engaging in a dialectics the authors call comparative critical values. Rather than concede the contemporary hierarchy of theory over literature, the book takes the novel approach of consulting major Renaissance writers about the values at work in postmodern representations of early modern culture. As criticism seeks new directions and takes new forms, insufficient attention has been paid to the literary and philosophical values won and lost in the exchanges. One result is that the way we understand the logical connections, the literary textures, and the philosophical impulses that make up the literature of writers like Spenser, Shakespeare, and Milton has fundamentally changed. Examining theoretical debates now in light of polemical controversies then, the book goes beyond earlier studies in that it systematically examines the effects of these newer critical approaches across their materialist, historicist, deconstructive, and psychoanalytic manifestations. Bringing gravity and focus to this question of critical continuities and discontinuities, each chapter counterposes one major Renaissance voice with a postmodern one to probe these issues and with them the value of the cultural past. As voices on both sides of the historical divide illuminate key differences between the Renaissance and the Postmodern, a critical model emerges from the book to re-engage this period’s humane literature in a contemporary context with intellectual rigor and a renewed sense of cultural enrichment.

Thomas L. Martin is associate professor of English at Florida Atlantic University, where he teaches literary theory, Renaissance literature, and literature of the fantastic. He is the author of Poiesis and Possible Worlds: A Study in Modality and Literary Theory and of various articles on the Renaissance, theory, and fantasy.