The Roots of American Communism 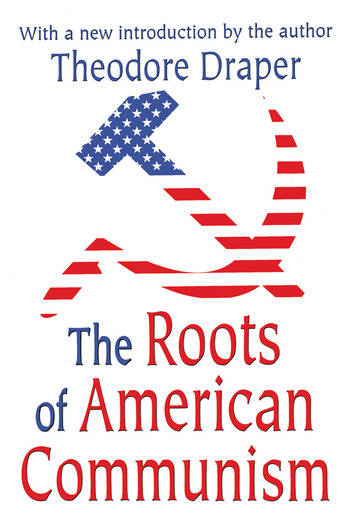 The Roots of American Communism

In this definitive history of the evolution of the Com- munist Party in America--from its early background through its founding in 1919 to its emergence as a legal entity in the 1920s--Theodore Draper traces the native and foreign strains that comprised the party. He emphasizes its shifting policies and secrets as well as its open activities. He makes clear how the party in its infancy "was transformed from a new expression of American radicalism to the American appendage of a Russian revolutionary power," a fact that Draper develops in his succeeding volume, American Communism and Soviet Russia.

In his special, prescient way, Theodore Draper himself had the final words on American Communism: "It is like a museum of radical politics. In its various stages, it has virtually been all things to all men... There are many ways of trying to understand such a movement, but the first task is historical. In some respects, there is no other way to understand it, or at least to avoid seriously misunderstanding it. Every other approach tends to be static, one-sided or unbalanced."

Draper correctly notes that the formative period of the American Communist movement has remained a largely untold and even unknown story. In part, the reasons for this are that the Communist movement, although a child of the West, grew to power in the Soviet East. But Draper rescues this chapter with deep appreciation for the fact that communism was not something that happened just in Russia, but also in the United States. This is a must read for scholars and laypersons alike.

This volume is conceived as an independent and self-contained study of the American Communist movement. Draper correctly notes that the formative period is largely untold and even unknown. In part, the reasons for this are that the Communist movement, although a child of the West, grew to power in the Soviet East. Draper appreciates the fact that communism was not something that happened only in Russia, but also took place in the United States. That experience is the focus of this volume.