The Roots of Jewish Consciousness, Volume One
Revelation and Apocalypse 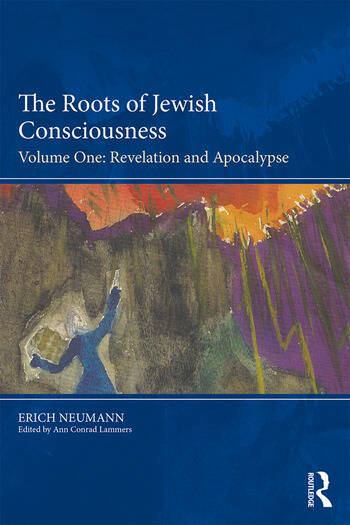 The Roots of Jewish Consciousness, Volume One: Revelation and Apocalypse

The Roots of Jewish Consciousness, Volume One: Revelation and Apocalypse is the first volume, fully annotated, of a major, previously unpublished, two-part work by Erich Neumann (1905–1960). It was written between 1934 and 1940, after Neumann, then a young philosopher and physician and freshly trained as a disciple of Jung, fled Berlin to settle in Tel Aviv. He finished the second volume of this work at the end of World War II. Although he never published either volume, he kept them the rest of his life.

The challenge of Jewish survival frames Neumann’s work existentially. This survival, he insists, must be psychological and spiritual as much as physical. In Volume One, Revelation and Apocalypse, he argues that modern Jews must relearn what ancient Jews once understood but lost during the Babylonian Exile: that is, the individual capacity to meet the sacred directly, to receive revelation, and to prophesy. Neumann interprets scriptural and intertestamental (apocalyptic) literature through the lens of Jung’s teaching, and his reliance on the work of Jung is supplemented with references to Buber, Rosenzweig, and Auerbach. Including a foreword by Nancy Swift Furlotti and editorial introduction by Ann Conrad Lammers, readers of this volume can hold for the first time the unpublished work of Neumann, with useful annotations and insights throughout.

These volumes anticipate Neumann’s later works, including Depth Psychology and a New Ethic, The Origins and History of Consciousness, and The Great Mother. His signature contribution to analytical psychology, the concept of the ego–Self axis, arises indirectly in Volume One, folded into Neumann’s theme of the tension between earth and YHWH. This unique work will appeal to Jungian analysts and psychotherapists in training and in practice, historians of psychology, Jewish scholars, biblical historians, teachers of comparative religion, as well as academics and students.

"'The Jewish problem and my work on it ended for me precisely at a time when it became conspicuous in the world in an indescribably ghastly way' (Neumann in 1945, at the end of World War II). I was the living witness of this ghastliness when I met Neumann in 1948. Being a survivor of Auschwitz with my whole family murdered, my god had only one face, and I was in dire need of help. Help came in the compassionate form of Erich Neumann, whose god had two faces.

It is an extraordinary experience to trace the development of Neumann’s early thoughts from revelation to the actualization of messianism in this remarkable book. Many cornerstones of Neumann’s opus are already in his Roots of Jewish Consciousness: the covenant between God and his people; God holding the opposites together; the ego–Self axis; the transcendent function; secondary personalization; and foremost, the emphasis on a strong ego as the conditio sine qua non for moral man. In this thoughtful and profound publication, Neumann shows himself to be the independent thinker he was, vis-à-vis the first generation of Jungians who were fascinated by the unconscious.

At a meeting between Erich Neumann and Gershom Scholem in 1959, in Neumann’s flat in Tel Aviv, he asked me to just listen to their conversation. What a conversation! The atmosphere in the room was charged, with both men evidently in the grip of strong emotions. They had a long and rather loud discussion. Would Neumann have changed something in his writing if destiny had given him more time?" - Dvora Kutzinski, Jungian analyst; friend and supervisee of Dr. Erich Neumann, Tel Aviv, Israel

"Unsurprisingly, Volume One of this previously unpublished work of Erich Neumann delivers exactly what the title states in clear, and scholarly, labored depth and breadth. For me, a Jewish reader, it stirs my Jewish soul and roots. But it is much more than a history and analysis of the roots of Jewish consciousness. To those familiar with Jungian theory, this work puts additional meat on the structural bones of some of Jung’s theories, most particularly his theory of the collective unconscious. And beyond that, for those who will give a reflective reading of this profound work, it does throw light in evolutionary terms on the eruption of the shadow and psychic chaos in today’s world. Neumann’s analyses of the historical and psychic influence not only his Jewish roots, but those of the spirit of the times as reflected in Gnosticism and Christianity as well as a radical view of the responsibility of the Jewish individual in today’s world as the carrier of those roots as compared with Judaism itself. I can think of no other contemporary work on the evolution of the Jewish psyche and its footprint in the world than this work." - Jerome S. Bernstein, M.A.P.C., NCPsyA, Jungian analyst

"Neumann was more than a psychologist, as he amply proves here. The volume spans centuries and delves deeply into human psychology, ancient and modern culture, and offers special wisdom regarding evolving history. Though the subject matter is ponderous and at times dark, there is an infusion of positivity and hope that can perhaps best be seen in Neumann’s watercolor artworks, depicting in a bold hue and childlike realism Moses’ vision of the Holy Land and Joseph’s dream. Scholars and thoughtful individuals, as well as students of history, Jewish culture, and psychology, will doubtless seize the opportunity to read this most recently recovered treatise by one of the twentieth century’s boldest and most innovative thinkers." - Barbara Bamberger Scott, The US Review of Books