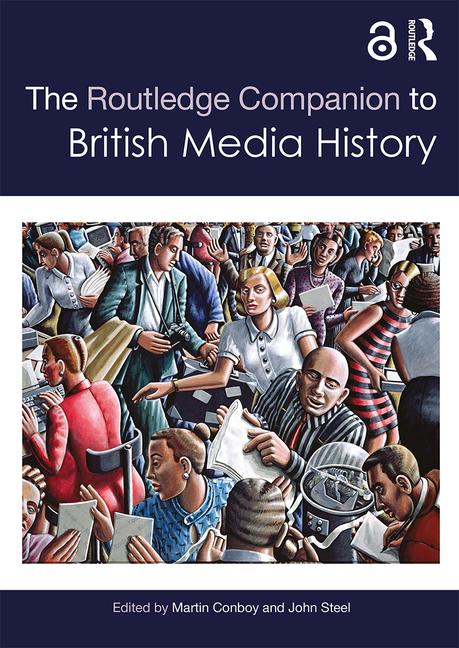 The Routledge Companion to British Media History provides a comprehensive exploration of how different media have evolved within social, regional and national contexts.

The 50 chapters in this volume, written by an outstanding team of internationally respected scholars, bring together current debates and issues within media history in this era of rapid change, and also provide students and researchers with an essential collection of comparable media histories.

The first two parts of the Companion comprise a series of thematic chapters reflecting broadly on historiography, providing historical context for discussions of the power of the media and their social importance, arranged in the following sections:

The subsequent parts are made up of in-depth sections on different media formats, exploring various approaches to historicizing media futures, divided as follows:

provides an essential guide to key ideas, issues, concepts and debates in the field.

Chapter 40 of this book is freely available as a downloadable Open Access PDF at www.tandfebooks.com/openaccess. It has been made available under a Creative Commons Attribution-Non Commercial-No Derivatives 3.0 license.

Martin Conboy is Professor of Journalism History in the Department of Journalism Studies at the University of Sheffield and co-director of the Centre for the Study of Journalism and History. He is the author of seven single-authored books on the language and history of journalism. He is on the editorial boards of Journalism Studies: Media History; Journalism: Theory, Practice and Criticism; and Memory Studies.

teaches in the Department of Journalism Studies at the University of Sheffield. He is the author of Journalism and Free Speech (Routledge, 2012) and co-editor, with Marcel Broersma, of Redefining Journalism in the Era of the Mass Press 1880-1920 (Routledge, 2016). With over thirty publications, his teaching and research span the areas of political communication, media history and journalism studies.

"This will be the first port of call for students and lecturers around the world wanting to understand British media history. It covers a wide spectrum, summarises existing research, and breaks new ground. It is a landmark book."

"This impressively comprehensive compilation of essays on British media history comprises 50 essays by a wide range of scholars from universities throughout the UK.  More than a typical historical analysis, the book problematizes (in Karen Weekes's definition) media history in considering whether media are a cause or a symptom of a larger cultural phenomenon.  This cultural contextualization and interdisciplinary approach to media history offers an invaluable contrast to the more economically induced pressures of time and space created by the diverse digital media market environment.  Another strength of the book is that the editors... planned it to reach “the widest possible range of readers”; at that, the book is a brilliant success... This volume is an invaluable resource for the study of British media history... Summing Up: Highly recommended."