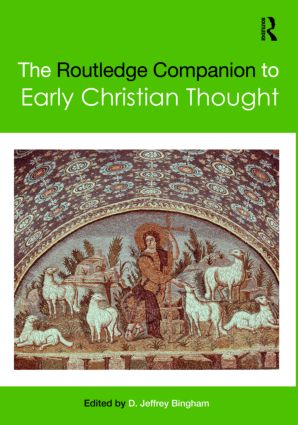 The shape and course which Christian thought has taken over its history is largely due to the contributions of individuals and communities in the second and third centuries. Bringing together a remarkable team of distinguished scholars, The Routledge Companion to Early Christian Thought is the ideal companion for those seeking to understand the way in which Early Christian thought developed within its broader cultural milieu and was communicated through its literature, especially as it was directed toward theological concerns.

Divided into three parts, the Companion:

'A wonderful compendium written by leading scholars with a clear-cut introduction into the main topics, authors, and themes, and at the same time an authoritative guide to primary sources and secondary literature.' - Christoph Markschies, Humboldt-University, Germany

'This collection combines an admirably broad scope with the depth that comes from fine scholarship. In considering great thinkers and key issues in relation to rapid growth and change of the early Christian movement, it contextualizes early Christian theology without reductionism. It should become a standard reference for teachers, students and scholars.- Andrew McGowan, University of Melbourne, Australia

D. Jeffrey Bingham is Department Chair and Professor of Theological Studies at Dallas Theological Seminary, USA. He is editor of the Brill monograph series, The Bible in Ancient Christianity, as well as author of Irenaeus’ Use of Matthew’s Gospel in Adversus Haereses and several articles and essays on the theology and biblical interpretation of early Christianity.