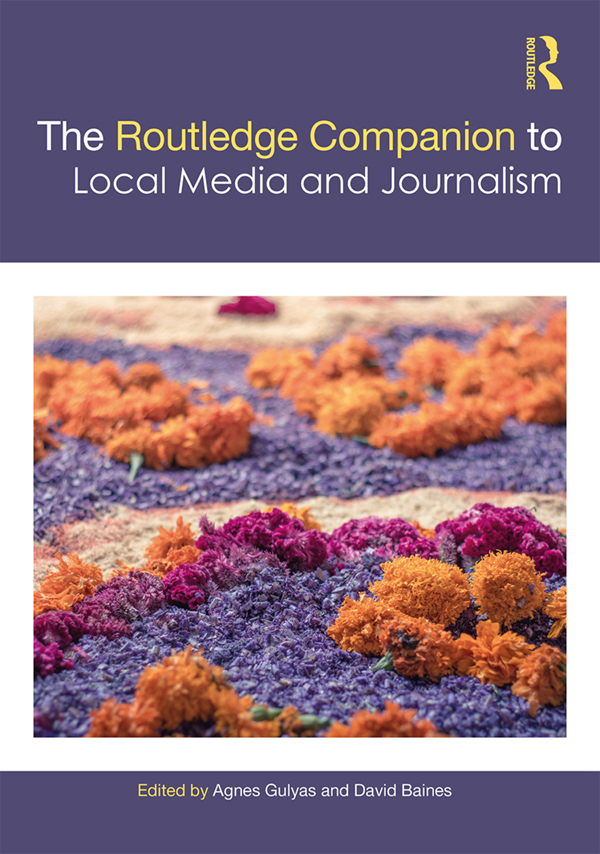 The Routledge Companion to Local Media and Journalism

This comprehensive edited collection provides key contributions in the field, mapping out fundamental topics and analysing current trends through an international lens.

Offering a collection of invited contributions from scholars across the world, the volume is structured in seven parts, each exploring an aspect of local media and journalism that provides the framework to bring together and consolidate the latest research and theorisations from the field, and fresh understandings of local media from a comparative perspective and within a global context. This volume reaches across national, cultural, technological and socio-economic boundaries to bring new understandings to the dominant foci of research in the field and highlights interconnection and thematic links. Addressing the significant changes local media and journalism have undergone in the last decade, this volume explores the history, politics, ethics and contents of local media, as well as delving deeper into the business and practices that affect not only the journalists and media-makers involved, but consumers as well.

For students and researchers in the fields of journalism studies, journalism education, cultural studies and media and communications programmes, this is the comprehensive guide to local media and journalism.

"An immensely important and timely collection of insights and research from veteran and emerging scholars of local media and journalism. This compendium of work by international scholars lays an excellent foundation. Given all that is at stake, one hopes this is the first of many volumes." - Penelope Muse Abernathy, Knight Chair in Journalism and Digital Media Economics at the University of North Carolina, US.

"A vital resource for anyone interested in why local media and journalism matters and how to ensure it sustains."- Natalie Fenton, Professor of Media and Communications, Goldsmiths, University of London and Co-Director of the Centre for the Study of Global Media and Democracy and founding member of the Media Reform Coalition

"The volume achieves an admirable depth of focus by anchoring local journalism practices in relation to a range of contextual forces. This rich and textured contribution to the field of journalism studies directs our attention to an important yet often under-researched dimension of the disrupted, evolving journalism landscape and deserves to find a wide readership." - Herman Wasserman, Professor and Director of the Centre for Film and Media Studies, University of Cape Town, South Africa.

Introduction: Demarcating the Field of Local Media and Journalism

Part I - Histories and Legacies of Local Media and Journalism

Agnes Gulyas isProfessorin Media and Communicationsat the School of Media, Art and Design, Canterbury Christ Church University, UK. Her recent projects have focused on local media gaps and local news consumption in the UK. She is a founding member of the Local and Community Media Network of the Media, Communication and Cultural Association, UK.

David Baines is Senior Lecturer in Journalism at the School of Arts and Cultures, Newcastle University, UK. He worked in local and regional newspapers for 30 years before moving to the academy, where his research focus is on transformations in local and community media, journalism practices and journalism education. He is a founding member of the Local and Community Media Network of the Media, Communication and Cultural Association, UK.