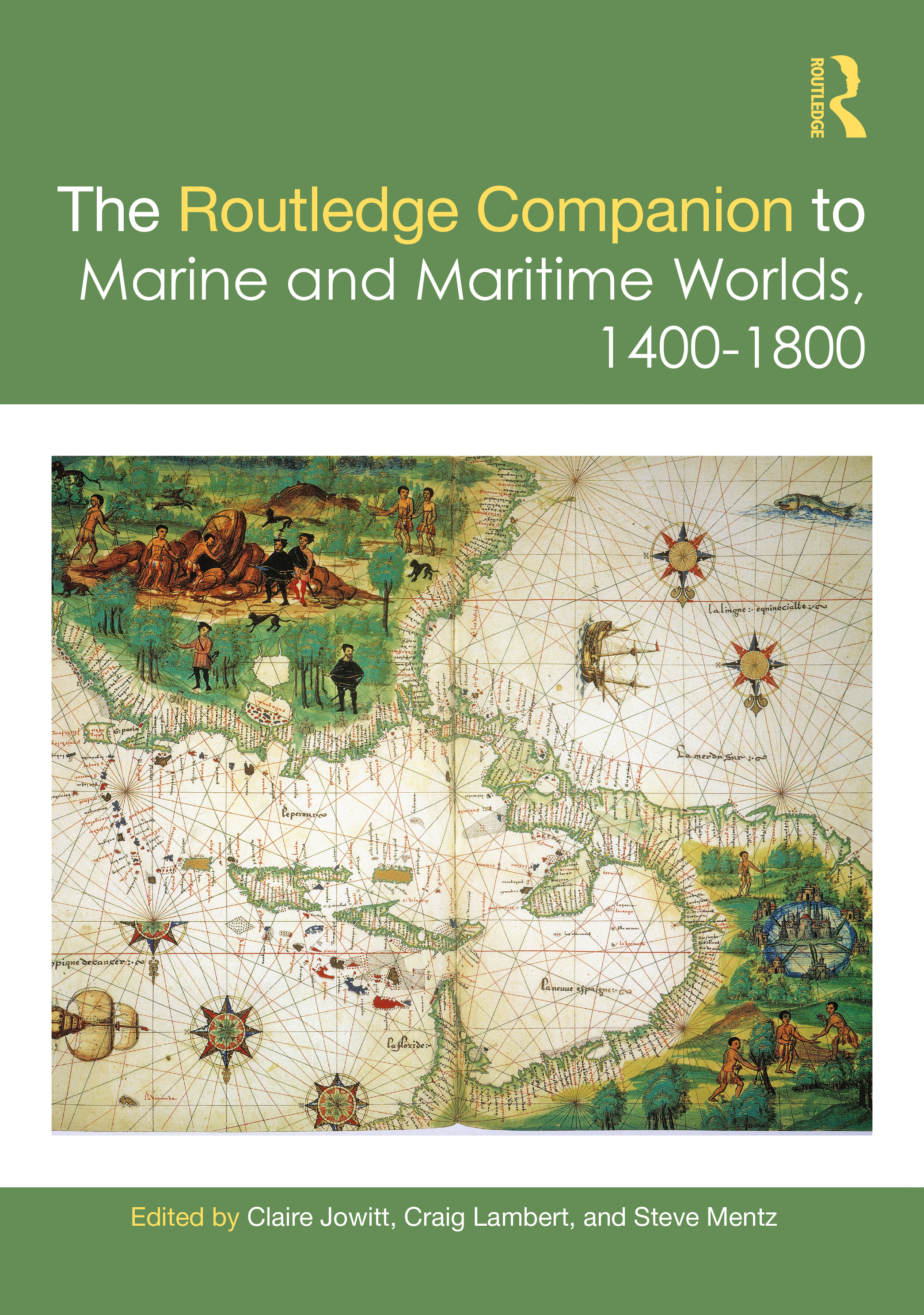 The Routledge Companion to Marine and Maritime Worlds 1400-1800

The Routledge Companion to Marine and Maritime Worlds, 1400‒1800 explores early modern maritime history, culture, and the current state of the research and approaches taken by experts in the field.

Ranging from cartography to poetry and decorative design to naval warfare, the book shows how once-traditional and often Euro-chauvinistic depictions of oceanic ‘mastery’ during the early modern period have been replaced by newer global ideas. This comprehensive volume challenges underlying assumptions by balancing its assessment of the consequences and accomplishments of European navigators in the era of Columbus, da Gama, and Magellan, with an awareness of the sophistication and maritime expertise in Asia, the Arab world, and the Americas. By imparting riveting new stories and global perceptions of maritime history and culture, the contributors provide readers with fresh insights concerning early modern entanglements between humans and the vast, unpredictable ocean.

With maritime studies growing and the ocean’s health in decline, this volume is essential reading for academics and students interested in the historicization of the ocean and the ways early modern cultures both conceptualised and utilised seas.

is Professor of Renaissance Studies at the University of East Anglia. Author of Voyage Drama and Gender Politics, 1589‒1642 and The Culture of Piracy: English Literature and Seaborne Crime 1580‒1630, as General Editor she is currently preparing an edition of Richard Hakluyt’s The Principal Navigations (1598‒1600).

is Associate Professor in Maritime History at the University of Southampton. Author of Shipping the Medieval Military and numerous articles/book chapters on naval operations and maritime communities (c.1300‒c.1600), he has recently launched a free to access searchable database of over 50,000 ship-voyages (c.1400‒c.1577): www.medievalandtudorships.org

is Professor of English at St. John’s University in New York City. A scholar of early modern literature and the environmental humanities, he is author of Shipwreck Modernity: Ecologies of Globalization 1550‒1719 (2015), Break Up the Anthropocene (2019)and Ocean (2020).