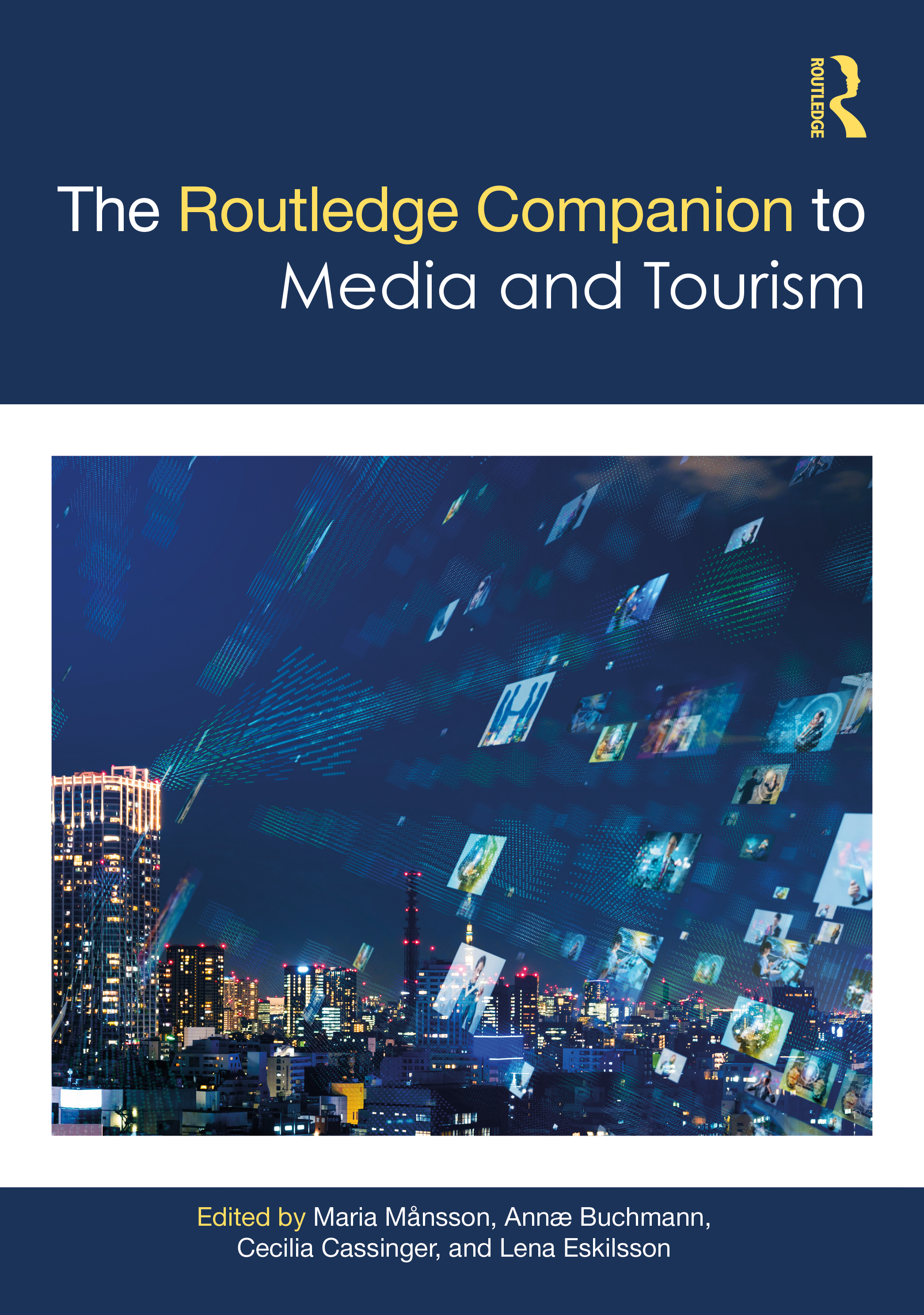 The Routledge Companion to Media and Tourism

The Routledge Companion to Media and Tourism

provides a comprehensive overview of the research into the convergence of media and tourism and specifically investigates the concept of mediatized tourism.

This companion offers a holistic look at the relationship between media and tourism by drawing from a global range of contributions by scholars from disciplines across the humanities and social sciences. The book is divided into five parts, covering diverse aspects of mediatization of tourism including place and space, representation, cultural production, and transmedia. It features a comprehensive theoretical introduction and an afterword by leading scholars in this emerging field, delving into the ways in which different forms of media content and consumption converge, and the consequential effects on tourism and tourists.

The collection is an invaluable resource for students and scholars of tourism studies, cultural studies, and media and communication, as well as those with a particular interest in mediatization, convergence culture, and contemporary culture.

Chapter 1. Liminality and the Stranger: Understanding tourists and their landscapes through True Detective

Chapter 2. ASEAN and its online image: A case study on the online destination image of South East Asia

Chapter 3. Gazes of the city: Destination branding in social media

Chapter 5. Soccer tourism: On the interplay between mediated and lived experiences

Chapter 6. Pop idols, tourism promotion, national branding and commodification of the national: The case of Arashi in Japan

Chapter 7. Representation of food and tourism in Spanish newspapers: rediscovering the roots

Chapter 8. The use of music heritage in the branding of Liverpool as a tourist destination

Part 2. The cycle of representation

Chapter 9. The effectiveness of documentary shows in representation the touristic destinations: A case study of National Geographic channel, Abu Dhabi

Chapter 12. Greening Ireland: From romantic evocations of landscape to global franchises including Star Wars and Game of Thrones

Chapter 13. Challenges of the film-induced tourism in Croatia: from the Winnetou to the Game of Thrones

Chapter 21. Commemorating popular media heritage: from shrines of fandom to sites of memory

Chapter 22. Creating Sacred Sites of Pop Culture in the Internet Age: creative fandoms and the mediatization of sites

Chapter 25. Star gazing: The nexus and disparity between the media, tourism and cultural heritage in Ireland

Chapter 27. Official destination websites: A place’s showcase to the world

Chapter 29. The digital tourist bureau: Challenges and opportunities when transferring to a digital value creation

Chapter 30. Digital tourist information: is that for everybody?

Chapter 31. The role of stories in travel posts to social media

Chapter 32. Social media, smartphones and their impact on the visitors’ tourist experience in cultural sites

Chapter 33. I came, I saw, I selfied: Traveling in the age of the selfie

Chapter 34. Creative tourism: The use of social media in resident and visitor co-placemaking

Chapter 35. "Selfies" amongst "The Wildest of the Wild": Tourists’ filmic representations of visits to the Mursi on Youtube

Chapter 37. Redefine ‘being alone’: An exploration of solo travellers’ use of smartphone

Chapter 42. Cultural intimacy of fans/travellers and the politics of classification

Chapter 43. What do Melania Trump tourism and Dracula tourism have in common? Media representation, tourism and destination marketing of the »Eastern European« as the "Other"

Chapter 44. The nexus between cultural heritage, media and tourism

On the convergence of media and tourism

Maria Månsson is a senior lecturer at the Department of Strategic communication at Lund University, Sweden. She has a PhD in Service studies from Lund University that focused on Mediatized tourism. Her research deals with media’s influence on tourism and tourists performances at destinations, place marketing and place branding with a particular focus on popular culture.

is a Lecturer at the University of Newcastle, Australia, and is a committed and multi-lingual scholar. Research interests include film & mediatised tourism (sense of place, fan engagement and travel narratives, secular pilgrimages); modern myth making, embodiment and authenticity.

PhD in marketing, currently works as senior lecturer in strategic communication at Lund University, Sweden. Her research concerns the consequences and transformative potential of place brand communication and how communication is strategically used to mitigate conflicts among users in places, such as cities, regions and nations.

is a Senior Lecturer in Human Geography working at the Department of Service Management and Service Studies at Lund University in Sweden. She has a specialisation in place development and marketing with finalised research projects focusing on the bridging of the film and tourism sectors as well as the influence of media on tourism and tourist behaviour at destinations