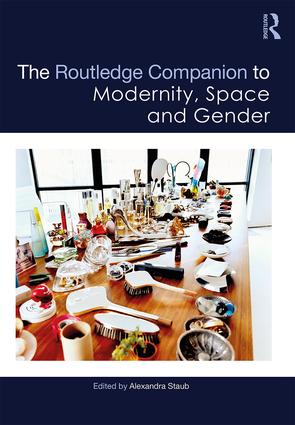 The Routledge Companion to Modernity, Space and Gender

The Routledge Companion to Modernity, Space and Gender reframes the discussion of modernity, space and gender by examining how "modernity" has been defined in various cultural contexts of the twentieth and twenty-first centuries, how this definition has been expressed spatially and architecturally, and what effect this has had on women in their everyday lives. In doing so, this volume presents theories and methods for understanding space and gender as they relate to the development of cities, urban space and individual building types (such as housing, work spaces or commercial spaces) in both the creation of and resistance to social transformations and modern global capitalism. The book contains a diverse range of case studies from the US, Europe, the UK, and Asian countries such as China and India, which bring together a multiplicity of approaches to a continuing and common issue and reinforces the need for alternatives to the existing theoretical canon.

Alexandra Staub is an Associate Professor of Architecture and an Affiliate Faculty of the Rock Ethics Institute at Pennsylvania State University. She has written extensively on how architecture is shaped by cultural demands, most recently in her book Conflicted Identities: Housing and the Politics of Cultural Representation, which examines how architecture and space can express divergent identities in any given cultural context. She received a B.A. from Barnard College in New York, her Dip.-Ing. (Arch.) from the University of the Arts in Berlin, Germany, and her Ph.D. from the Brandenburg Technical University in Cottbus, Germany.