The Routledge Dictionary of Modern American Slang and Unconventional English 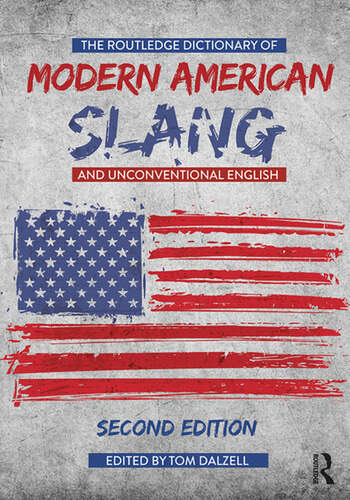 The Routledge Dictionary of Modern American Slang and Unconventional English

The 25,000 entries are accompanied by citations that authenticate the words as well as offer examples of usage from popular literature, newspapers, magazines, movies, television shows, musical lyrics, and Internet user groups. Etymology, cultural context, country of origin and the date the word was first used are also provided. In terms of content, the cultural transformations since 1945 are astounding. Television, computers, drugs, music, unpopular wars, youth movements, changing racial sensitivities and attitudes towards sex and sexuality are all substantial factors that have shaped culture and language.

This new edition includes over 500 new headwords collected with citations from the last five years, a period of immense change in the English language, as well as revised existing entries with new dating and citations.

No term is excluded on the grounds that it might be considered offensive as a racial, ethnic, religious, sexual or any kind of slur. This dictionary contains many entries and citations that will, and should, offend.

Rich, scholarly and informative, The Routledge Dictionary of Modern American Slang and Unconventional English is an indispensable resource for language researchers, lexicographers and translators.

Entries A to Z

Tom Dalzell is a lawyer and a leading expert on American slang.