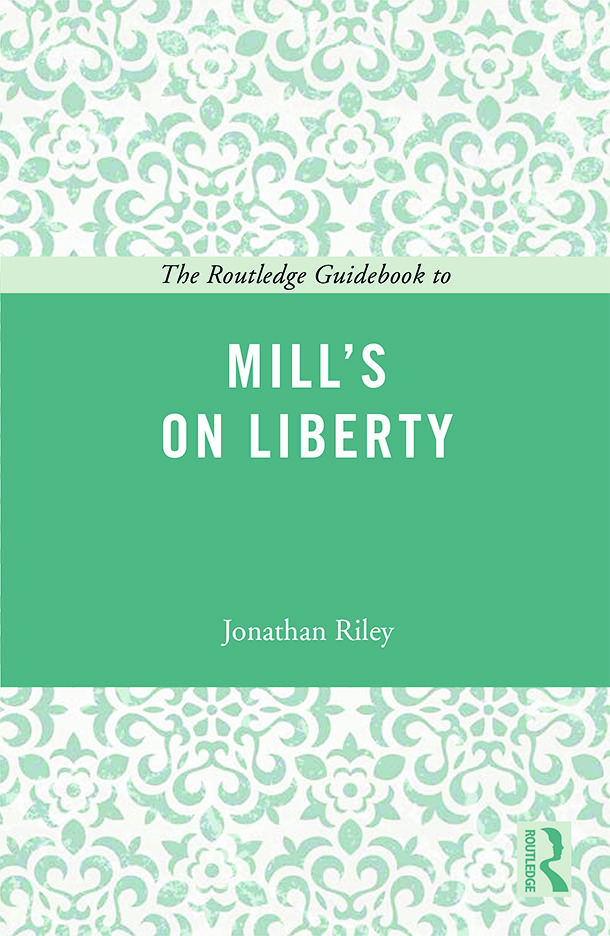 The Routledge Guidebook to Mill's On Liberty

John Stuart Mill’s On Liberty is widely regarded as one of the most influential and stirring pieces of political philosophy ever written. Ever relevant in our increasingly surveillance dominated culture, the essay argues strongly in favour of the moral rights of individuality, including rights of privacy and of freedom of expression. The Routledge Guidebook to Mill’s On Liberty introduces the major themes in Mill’s great book and aids the reader in understanding this key work, covering:

With further reading included for each chapter, this text is essential reading for all students of philosophy and political theory, and all those wishing to get to grips with this classic work of political philosophy.

"A masterful introduction by one of the world's leading Mill scholars. The way that Riley reads, reconstructs, and defends On Liberty shows its importance for today's most contentious political debates." - Leif Wenar, King's College London, UK

"Riley's book is one of the best critical overviews of On Liberty in print. It pays scrupulous attention to the details of Mill’s text, places these details in helpful historical context, and highlights their continued importance. Moreover, it manages to do all of this in clear and engaging language." - Leonard Kahn, Loyola University New Orleans , USA

"This is the most authoritative guide to Mill's On Liberty. Students and lecturers alike will profit enormously from reading Jonathan Riley’s combination of impressive scholarship and accessible writing, in a book which is informed by all areas of Mill’s thinking." - Thomas Schramme, Hamburg University, Germany

Series editor Preface Author Prefaces Part 1: General Introduction 1. Mill and the Liberty Part 2: The Argument of On Liberty 2. Introductory (Chapter I, paras 1–16) 3. Of the liberty of thought and discussion (Chapter II, paras 1–44) 4. Of individuality, as one of the elements ofwell-being (Chapter III, paras 1–19) 5. Of the limits to the authority of society over the individual (Chapter IV, paras 1–21) 6. Applications (Chapter V, paras 1–23) Part 3: Mill's Doctrine in Outline 7. The structure of Mill’s doctrine of liberty Part 4: Genral Issues 8. Liberal utilitarianism 9. Liberty, individuality and custom 10. The doctrine of Liberty in practice. Index

Jonathan Riley is Professor of Philosophy at the Murphy Institute, Tulane University, USA.

The Routledge Guides to the Great Books

The Routledge Guides to the Great Books provide ideal introductions to the texts which have shaped Western Civilization. The Guidebooks explore the arguments and ideas contained in the most influential works from some of the most brilliant thinkers who have ever lived, from Aristotle to Marx and Newton to Wollstonecraft. Each Guidebook opens with a short introduction to the author of the great book and the context within which they were working and concludes with an examination of the lasting significance of the book. The Routledge Guides to the Great Books will therefore provide students everywhere with complete introductions to the most significant books of all time.