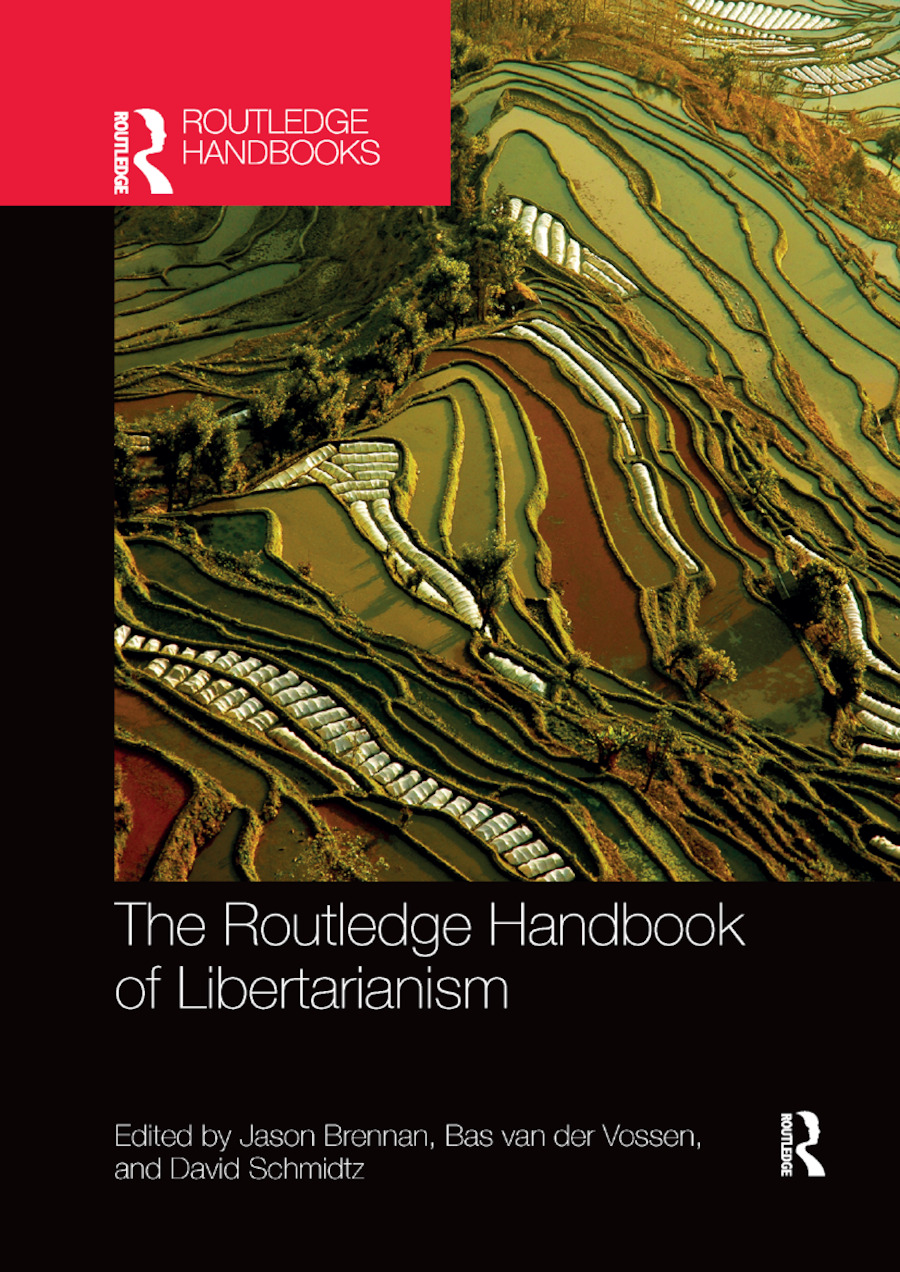 The Routledge Handbook of Libertarianism

Libertarians often bill their theory as an alternative to both the traditional Left and Right. The Routledge Handbook of Libertarianism helps readers fully examine this alternative without preaching it to them, exploring the contours of libertarian (sometimes also called classical liberal) thinking on justice, institutions, interpersonal ethics, government, and political economy. The 31 chapters--all written specifically for this volume--are organized into five parts. Part I asks, what should libertarianism learn from other theories of justice, and what should defenders of other theories of justice learn from libertarianism? Part II asks, what are some of the deepest problems facing libertarian theories? Part III asks, what is the right way to think about property rights and the market? Part IV asks, how should we think about the state? Finally, part V asks, how well (or badly) can libertarianism deal with some of the major policy challenges of our day, such as immigration, trade, religion in politics, and paternalism in a free market. Among the Handbook's chapters are those from critics who write about what they believe libertarians get right as well as others from leading libertarian theorists who identify what they think libertarians get wrong. As a whole, the Handbook provides a comprehensive, clear-eyed look at what libertarianism has been and could be, and why it matters.

Libertarianism in conversation with other theories

The role of property and the market:

Jason Brennan is the Robert J. and Elizabeth Flanagan Family Chair of Strategy, Economics, Ethics, and Public Policy at the McDonough School of Business, Georgetown University, where he teaches courses in the intersection of politics, philosophy, and economics. He is the author or co-author of seven books, including Against Democracy (2016), Markets without Limits, with Peter Jaworski (2015), and Why Not Capitalism? (2014).

is Associate Professor of Philosophy in the Smith Institute of Political Economy and Philosophy, Chapman University. He is the author, together with Fernando Tesón, of Debating Humanitarian Intervention (2017).

is Kendrick Professor of Philosophy at the College of Social & Behavior Sciences and Eller Chair of Service-Dominant Logic at the College of Management, the University of Arizona. He is the author, co-author, or co-editor of 14 book publications.