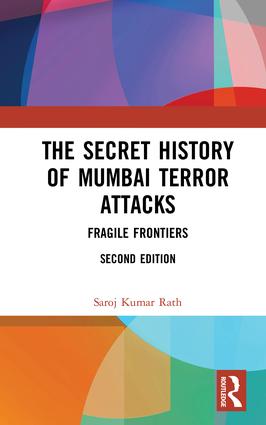 Critical questions remain unanswered on the events of the cold-blooded and devastating terror attacks in Mumbai on 26 November 2008. Investigative and introspective, this book offers a lucid and graphic account of the ill-fated day and traces the changing dynamics of terror in South Asia. Using new insights, it explores South Asia’s regional dynamics of antagonism, the ever-present challenge to the frontiers of India, Pakistan and the terrorism question, the strife in Afghanistan and the self-serving selective US ‘war on terror’.

Including a new Afterword, this second edition will greatly interest those in defence, security and strategic studies, politics and international relations, peace and conflict studies, media and journalism, and South Asian studies as well as the general reader.

‘The book is refreshingly honest, thoroughly researched, and goes deep under the skin of the event with toothcomb precision. What sets its writing apart and above all the others that have come in the wake of the event is the incisive inquiry and the detail.’

‘The book goes on to raise several questions over the way the investigations into the 26/11 attacks was handled, and the very shallow chargesheet filed in the case.’

The Times of India

‘According to The Secret History of Mumbai Terror Attacks, the prosecution relieved the real criminals behind the actual crime. The name of ISI does not figure in the chargesheet and the LeT is also scantily defined.’

‘Most well-written book on the Mumbai terror attacks.’

‘Saroj Kumar Rath’s Fragile Frontiers stands head and shoulders above other books on the 26/11 Mumbai attacks. Despite his thorough research the intimate details and his easy style make this book read like a thriller. But the seriousness of the facts about the terrorists’ strength and India’s unpreparedness that he has unearthed makes it compulsory reading for anybody interested in India’s security.’

‘Saroj Kumar Rath is that rare breed of thinker who combines the capacity to capture the details and immediacy of a significant event the way a journalist can, but who can analyze and assess that event's importance, both nationally and geopolitically, only the way a seasoned analyst and academic can. In this book, he has brought new and compelling insight into the Mumbai massacre.’

‘In Fragile Frontiers, Saroj Kumar Rath painstakingly reconstructs the tumultuous days of the 2008 Mumbai attacks, from its initial stages to the attack itself to the highly publicized trial. He cuts through the confusion and misreporting to deliver a clear and sobering look at one of the major geopolitical events of the new century, making it essential reading for scholars and the policy community.’

‘Saroj Kumar Rath has ventured into the tricky territory of contemporary history and the even trickier field of terrorism in this account of Mumbai attacks of 2008. Fragile Frontiers will attract debate, vigorous discussion and no doubt disagreement on both the causes of terrorism and the specific motivations that led to the Mumbai attacks.’

Abbreviations. Glossary. Foreword by Chikako Taya. Acknowledgements. Maps. Introduction 1. India’s Fragile Frontiers Through the Prism of History 2. LeT: From Regional to Global 3. Prelude to Mumbai 4. Mumbai Outraged 5. The After Effect 6. The Motives Behind Mumbai 7. The Prosecution 8. The Afghan Conflict, Pakistan Conundrum and India’s Future Security. Afterword to this Edition. Notes. Select Bibliography. Index

Saroj Kumar Rath is a historian and specialist on terrorism in South Asia, and teaches at the Department of History, Sri Aurobindo College (Evening), University of Delhi, India. A member of NATO-Academia dialogue, he was formerly with Hosei University, Tokyo and Deakin University, Melbourne. He has been assisting home government and international organizations in understanding the causes of extremism in South Asia and working towards possible solutions. A regular speaker at global security forums, he is a visiting faculty member at the Universidad Autónoma de Nuevo León, Monterrey, Mexico and Vice President of the Ottawa-based Alternative Perspective and Global Concern.