The Secret Life of Theater: On the Nature and Function of Theatrical Representation

What is the secret DNA of theater? What makes it unique from its sister arts? Why was it invented? Why does it persist? And now, in such an advanced technological age, why do we still feel compelled to return to a mode of expression that was invented over two thousand years ago? These are some of the foundational questions that are asked in this study of theater from its inception to today.

begins with a look at theater’s origins in Ancient Greece. Next, it moves on to examine the history and nature of theater, from Agamenon to Angels in America, through theater’s use of stage directions, revealing the many unspoken languages that are employed to communicate with its audiences. Finally, it looks at theater’s ever-shifting strategies of engendering fellow-feeling through the use of emotion, allowing the form to become a rare space where one can feel a thought and think a feeling.

In an age when many studies are concerned with the "how" of theater, this work returns us to theatre’s essential "why." The Secret Life of Theater suggests that by reframing the question we can re-enchant this unique and ever-vital medium of expression.

IN PRAISE OF NOT KNOWING: AN INTRODUCTION

1 What we can know about the origins of theater, which is always less than we would like, and yet not grounds for despair

2 How great works work against our desire to know, and why the question should always exceed the answer

3 The problem with thinking we know a thing or two: or the rise of the answer at the expense of the question

4 The special providence of certain questions: or the necessity for the re-enchantment of theater

PART ONE: THE INVENTION OF OUTSIDE: ON THE NATURE AND FUNCTIONS OF THEATER

5 Borges and theater: what the great Argentine poet can tell us about the secret life of theater

7 The story of Abu-al-Hasan and the house of painted wood: or Borges' second clue, the ascension of the ocular

8 From the mimetic to the meta-theatric: the four modalities of theatrical expansion

9 The Companions of the Cave: Borges' third clue, on the necessity of thresholds

10 Anatomy of failrue: why the machine of theater breaks down

11 Recapitulation #1: or toward the what of theater

PART TWO: NINE AND A HALF TABLEAUX: ON THEATER’S EK-STATIC ABILITY TO BRING WHAT IS HIDDEN INTO VIEW

12 Welcome to the Museum of Ek-stasis: or when things "stand out" in theater

13 Exhibit one: Agamemnon redux: the optics of the tragic

15 Exhibit three: Romeo and Juliet: love and other spatial relations

19 Exhibit seven: Woyzeck: reading other inds, or the discovery of subtext

20 Exhibit eight: The Three Sisters: the invention of the pause and intimations of the void

23 Recapitulation #2: or toward the how of theater

PART THREE: FROM SOPHOCLES’ URN TO WITTGENSTEIN’S BOX: THEATER AND THE ENGENDERING OF FELLOW-FEELING THROUGHOUT THE AGES

29 Recapitulation #3: or toward the why of theater

30 Final thoughts on fellow-feeling and the meaning of theater

Brian Kulick was the Artistic Director of Classic Stage Company and former Artistic Associate at The Public Theatre. He has staged the works of Shakespeare, Brecht, and Tony Kushner. He teaches theater directing at Columbia University’s School of the Arts with Anne Bogart. 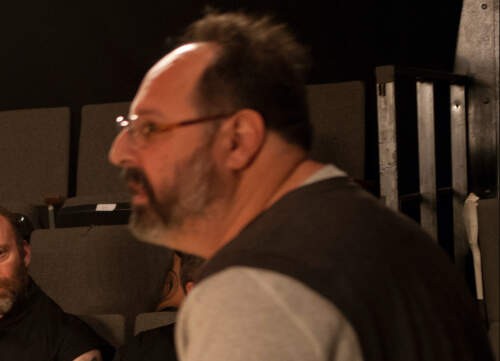