The Singer-Songwriter in Europe
Paradigms, Politics and Place 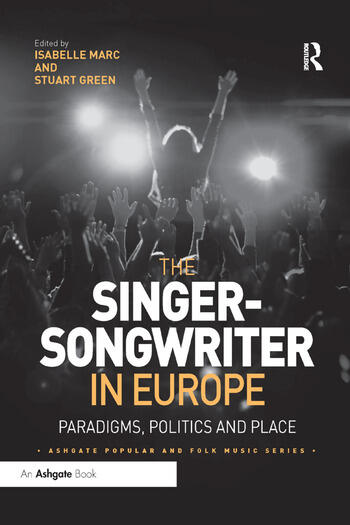 The Singer-Songwriter in Europe: Paradigms, Politics and Place

The Singer-Songwriter in Europe is the first book to explore and compare the multifaceted discourses and practices of this figure within and across linguistic spaces in Europe and in dialogue with spaces beyond continental borders. The concept of the singer-songwriter is significant and much-debated for a variety of reasons. Many such musicians possess large and zealous followings, their output often esteemed politically and usually held up as the nearest popular music gets to high art, such facets often yielding sizeable economic benefits. Yet this figure, per se, has been the object of scant critical discussion, with individual practitioners celebrated for their isolated achievements instead. In response to this lack of critical knowledge, this volume identifies and interrogates the musical, linguistic, social and ideological elements that configure the singer-songwriter and its various equivalents in Europe, such as the French auteur-compositeur-interprète and the Italian cantautore, since the late 1940s. Particular attention is paid to the emergence of this figure in the post-war period, how and why its contours have changed over time and space subsequently, cross-cultural influences, and the transformative agency of this figure as regards party and identity politics in lyrics and music, often by means of individual case studies. The book's polycentric approach endeavours to redress the hitherto Anglophone bias in scholarship on the singer-songwriter in the English-speaking world, drawing on the knowledge of scholars from across Europe and from a variety of academic disciplines, including modern language studies, musicology, sociology, literary studies and history.

‘The songs I’d write would be like that’: transnational influences between poets, composers, singer-songwriters’ - Franco Fabbri

‘Words take the place of meaning’: sound, sense and politics in the music of Robert Wyatt - Richard Elliott

‘I write the songs. He’s the eye candy’: the female singer-songwriter, the woman artist-producer and the British broadsheet press - Paula Wolfe

In Germany after the war: broadening the discourse on the Liedermacher - Dietmar Elflein

Starting over: singer-songwriters and the rhythm of historical time in post-revolutionary Portugal - Luís Trindade

The re-invention of the French singer-songwriter in the Liberation years: Léo Ferré and the French poetic heritage in popular song - Peter Hawkins

When Jake Met Georges: the chanson across the channel - Mark Goodall

Transitions of the cantautor: aesthetics, politics and authenticity in Spanish popular music from the late Franco dictatorship to the present day - Fernán del Val and Stuart Green

A place for us? Building the sense of place in the ʻGenoese School’ of Cantautori - Alessandro Bratus and Giuseppa Vultaggio

Isabelle Marc is Lecturer at the Department of French in Universidad Complutense, Madrid, Spain, where she teaches French language, culture and translation. She has worked extensively in the aesthetics of French popular music, covering genres such as rap and chanson, individual artists Georges Brassens, Charles Aznavour and Dominique A, and topics including identity, intertextuality and nostalgia. She has published in French, English and Spanish in journals such as French Cultural Studies, Journal of European Popular Culture, Volume. La revue des musiques populaires and IASMP Journal. Her latest research interests and publications explore nostalgia, transcultural phenomena, and cultural policy in the field of popular music and popular culture. She is co-editor of Theleme. Revista Complutense de Estudios Franceses and board member of IASPM Spain.

Stuart Green is Senior Lecturer in Spanish at University of Leeds, UK, where he teaches and researches on the performing arts in modern Spain. He is author of From Silver Screen to Spanish Stage, a study of the influence of Hollywood on theatre in Spain. His current research explores ways in which theatre, television, cinema and music engage with the question of ethnic diversity. He has published on this area in journals such as Journal of Spanish Popular Culture and Popular Music and Society. He is member of the editorial board of journal Estreno and co-editor of Intellect journal New Cinemas.