The Social Dynamics of Family Violence 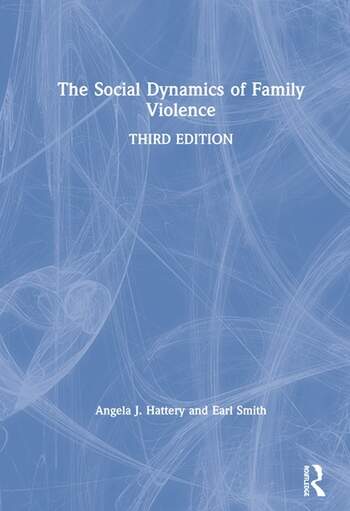 The Social Dynamics of Family Violence

The Social Dynamics of Family Violence explores family violence throughout the life course, from child abuse and neglect to intimate partner violence and elder abuse. Paying special attention to the social character and institutional causes of family violence, Hattery and Smith ask students to consider how social inequality, especially gender inequality, contributes to tensions and explosive tendencies in family settings. Students learn about individual preventative measures and are also invited to question the justice of our current social structure, with implications for social policy and reorganization. Hattery and Smith also examine violence against women globally and relate this to violence in the United States. Unique coverage of same-sex and multicultural couples, as well as of theory and methods, make this text an essential element of any course considering the sociology of family violence.

Angela J. Hattery is Professor of Sociology at George Mason University and serves as the Director of the Women and Gender Studies Program at George Mason University. Her research focuses on social stratification, gender, family, and race. She is the author of numerous articles, book chapters, and books, including her latest titles Gender, Power and Violence (2019), Policing Black Bodies (2017), African American Families: Myths and Realities (2012/2016), Prisoner Reentry and Social Capital (2010), Interracial Intimacies (2009), Interracial Relationships (2009), Intimate Partner Violence (2008), and Women, Work, and Family (2001).

Earl Smith is Instructor of Sociology and Anthropology at George Mason University and Emeritus Professor of Sociology and the Rubin Distinguished Professor of American Ethnic Studies at Wake Forest University.  Dr. Smith was Chairperson of the Department of Sociology, Wake Forest University, from 1997 to 2005. He is the author of numerous distinguished works, including Gender, Power and Violence (2019), Policing Black Bodies (2018), Prisoner Reentry and Social Capital (2010), Sport and Social Theory (2010), Race, Sport and the American Dream (2014/2009/2007), Interracial Intimacies (2009), Interracial Relationships (2009), and African American Families (2007).