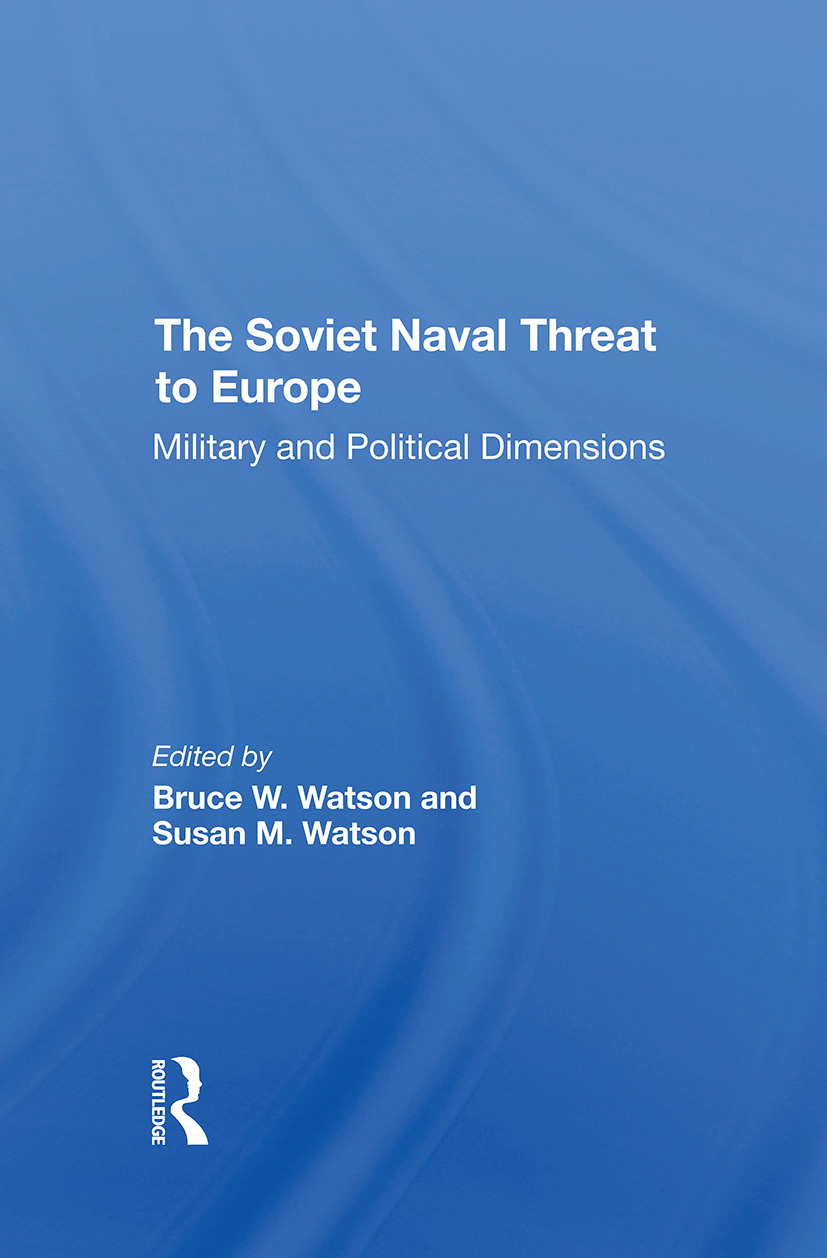 The Soviet Naval Threat To Europe

Originally published in 1989. Given the events of 1987 and 1988-the death of Admiral Sergei G. Gorshkov, who had served as Commander-in-Chief of the Soviet Navy from 1956 to 1985 and was so influencial in the development of the current Soviet Navy, the Soviet policy of glasnost', the U .S.-Soviet arms negotiations, Secretary Mikhail Gorbachev's visit to Washington, President Ronald Reagan's visit to Moscow, and the treaty concerning intermediate-range nuclear weapons- a study of the Soviet naval threat to Europe is particularly timely. This study begins by examining Soviet military and naval strategy, which provides a view of how the Soviets intend to use their forces. Then the book explore Soviet naval capabilities and operations, because a full understanding of Soviet naval power provides an understanding of the isolation that Europeans often feel. In the fourth and fifth sections of the book we examine the threat to northern and southern Europe.

Commander Bruce W. Watson, U.S. Navy (Retired), is an Adjunct Professor at the Defense Intelligence College and a Professor at the University College, University of Maryland. Susan M. Watson, who is responsible for the stylistic editing and some of the research of this work, holds a master's degree in Government and has done doctoral work in Russian Studies at Georgetown University.