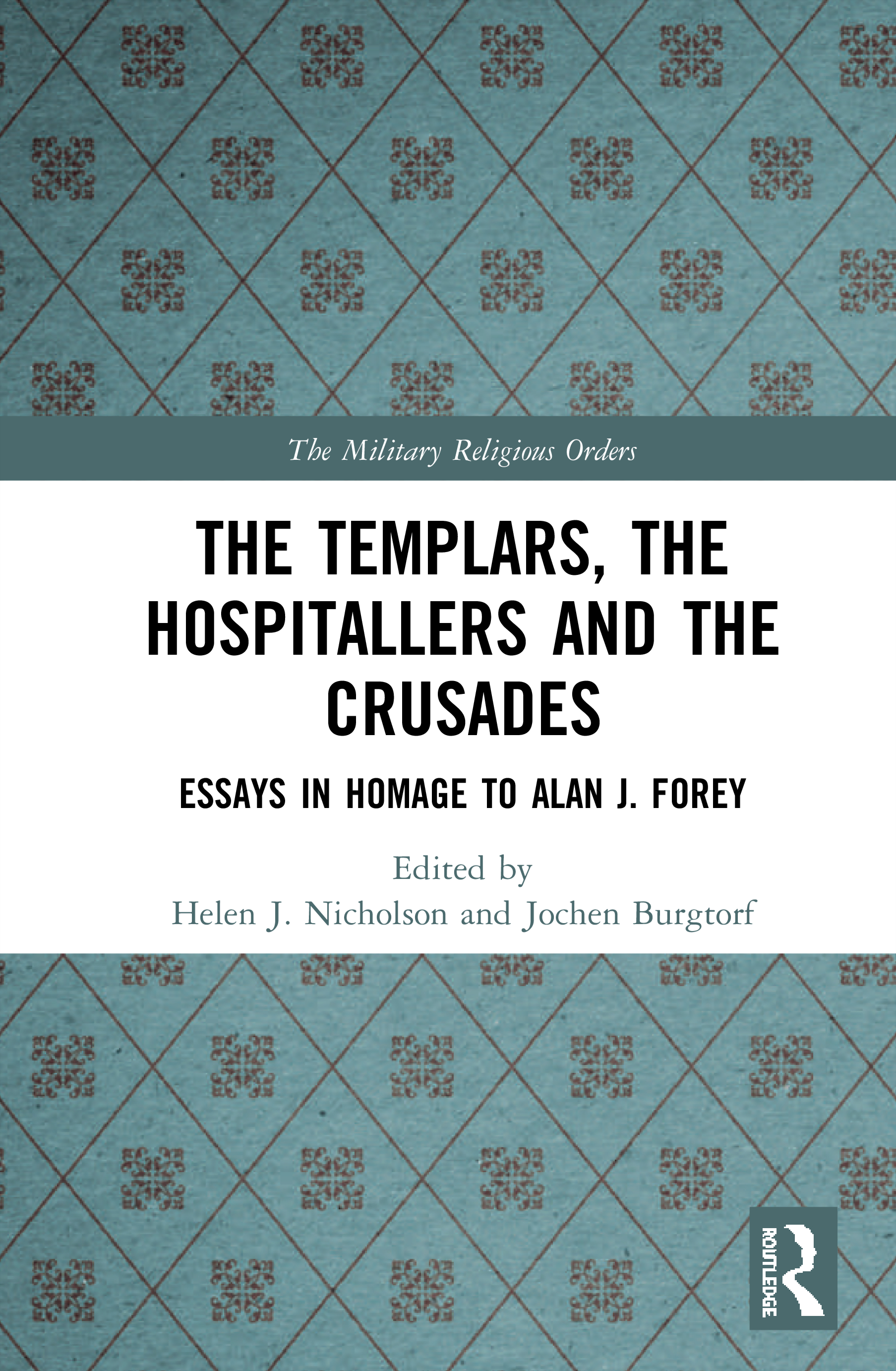 The Templars, the Hospitallers and the Crusades

Part One: The Iberian Peninsula, Archives, and Documents

1. The Iberian Military-Religious Orders in the Earliest Papal Registers of Supplications, 1342–1362

2. Pelayo Pérez Correa and the International Ambitions of the Order of Santiago

3. The Identity of Hospitallers in the Crown of Aragon and Economics (XIIth–XIIIth Centuries)

4. Hospitallers, Templars, and the Papacy in the Twelfth Century: The Issue of Historical Agency

5. Descriptions of Fighting, Captivity and Ransom in the Writings of Robert of Nantes, Patriarch of Jerusalem, in the Mid-Thirteenth Century

7. Some Observations on Hospitaller Agricultural Activities in the Latin East prior to the Fall of Acre in 1291

8. Sergeants in the Rule of the Templars

Part Three: The Trial of the Templars

10. The Beard and the Habit in the Templars’ Trial: Membership, Rupture, Resistance

11. The Templar Order in Public and Cultural Debate in France during the Eighteenth and Nineteenth Centuries

12. Cooking the Books: The Report of Philip de Thame and Financial Crisis in Fourteenth Century Britain

13. Military Order Castles in the Holy Land and Prussia: A Case for Cultural History

15. Die welt ist kranck. The Teutonic Order and the Prussian Union at the Court of Frederick III (1452/53)

16. What the Hospitaller said to the Bishop

Helen J. Nicholson is Professor of Medieval History at Cardiff University, UK. She has published extensively on the military orders, crusades and various related subjects, including an edition of the Templar trial proceedings in Britain and Ireland. She is currently studying the inventory and estate accounts from the Templars’ estates in England and Wales during the years 1308–1313, and is also writing a history of Queen Sybil of Jerusalem (1186–90).

is Professor of World History at California State University, Fullerton, US. His work encompasses the crusades, military orders, papacy, refugees, law, the Vikings, and world history. His publications include The Central Convent of Hospitallers and Templars (2008), as well as numerous articles in academic collections and journals.

The military religious orders were initially established in the twelfth century to care for and protect western pilgrims in the Holy Land. They later helped to defend the crusader states, participated in the Iberian Reconquista, and eventually played a significant role in warfare, charity, commerce, colonization, and cross-cultural encounters in Europe, the Mediterranean World, and even the New World. The Military Religious Orders: History, Sources, and Memory stimulates research on this fascinating phenomenon.

The scope of this series is intentionally broad: book proposals are welcome on any aspect of the orders’ history, both medieval and modern. They may draw from a wide range of disciplines, and may consider any of the orders’ geographical zones of operation. We are happy to consider proposals for monographs, thematically coherent collections of articles, as well as critical editions and translations of primary sources (target length per volume 100,000 to 150,000 words).

If you would like to submit a proposal for this series, please e-mail one of the general editors. We will then be able to send you more detailed information about the proposal submission process.