The Territories of Identity
Architecture in the Age of Evolving Globalization 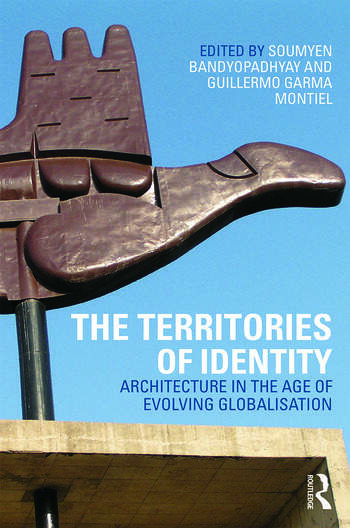 The Territories of Identity: Architecture in the Age of Evolving Globalization

The expedited globalised process of exchange and new forms of cultural production have transformed old established notions of identity, calling into question their conceptual foundations. This book explores the spatial and representational dimension of this phenomenon, by addressing how the reshaping of the key themes of place, architecture and memory are altering the nature, as well as, our understanding of identity.

Cutting across boundaries, the book drives discussion of identity beyond the well-worn concern for its loss within a globalised context, and importantly provides links between identity, place, memory and representation in architecture. Examining a range of case studies from Australia, Germany, India, Japan, Mexico, Poland, Puerto Rico, Turkey and Singapore, as well as with contributions cutting across geographical and temporal boundaries, this volume addresses such issues as architecture technology, place and memory – critical issues in the monitoring and mapping of identity shift within a rapidly globalising context.

Introduction  Part 1: Place and Identity  1. Changing Identities in the Oecumene. Geography and Architecture in the Greco-Roman World Nicholas Temple  2. Buildings and the Performance of Identity Patsy Hely  3. Emplacement, Embodiment and Ritual: Some Considerations from shikii wo matagu for our understanding of Place and Identity  Robert Brown  4. Architecture, Architect and the Recessive Nature of Technology: The Work of Laurie Baker in India Soumyen Bandyopadhyay  5. Spatial Memory and Identity in the Work of Istanbul/Vienna Artist Canan Dagdelen Liane Lefaivre  Part 2: Memory and Identity  6. Psychoanalysis and Identity in Architecture John Hendrix  7. Architecture and Memory. Berlin, A Phenomenological Approach Ana Souto  8. Identities in the Architecture of Mexico City: Memories and Histories in La Plaza de la Constitución and the Temple of Santa Teresa la Antigua Guillermo Garma Montiel  9. Post Conflict Space: Mediating Memory and the Parameters of Identity Fiona MacLaren  10. Helen Chadwick: The Model Institution and Personal Identity Stephen Walker  Part 3: Representation and Identity  11. Identity, Culture, and Urbanism: Remarks from Colonialism to Globalization Nezar AlSayyad  12. Space of Representational Negotiations: Beyond Ruskin and Bhabha Andrzej Piotrowski  13. Colour and Tradition. The portrayal of Mexican Architecture in the American Press Catherine Ettinger  14. To Be for [an]Other: The Caribe Hilton or Ambivalence as Presence in a United States’ Colony Luz Marie Rodríguez  15. The Mirror of Territorial Identity in Singapore Professional Architecture 1923 – 1969: Colonialism, Nationalism, Separation and Independence Raymond Quek

Soumyen Bandyopadhyay is Professor of Architecture and Design at Nottingham Trent University, UK.

is Principal Lecturer in Architecture at Nottingham Trent University, UK.

"[T]he book is a good read in architectural history and theory. And it may encourage similar critiques of twenty-first-century architecture and the political and institutional transformation of modern-day stateless interdependency." – Traditional Dwellings and Settlements Review, Mohamed Gamal Abdelmonem, University of Wolverhampton