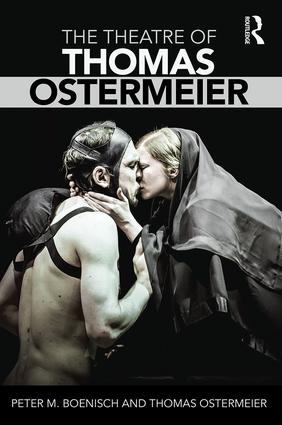 The Theatre of Thomas Ostermeier

Thomas Ostermeier is the most internationally recognised German theatre director of the present. With this book, he presents his directorial method for the first time. The Theatre of Thomas Ostermeier provides a toolkit for understanding and enacting the strategies of his advanced contemporary approach to staging dramatic texts. In addition, the book includes:

An extraordinary, richly illustrated insight into Ostermeier’s working methods, this volume will be of interest to practitioners and scholars of contemporary European theatre alike.

"Essential - Well illustrated and expertly assembled, this volume deserves to be widely read by all interested in contemporary theater practice."

"Those wishing to study, and particularly to teach, the work of the best-known mainland European director to English audiences will find their task is made much easier by this volume, which is richly varied and will be accessible to students at all levels."

"Boenisch and Ostermeier have done artistic and scholarly communities a service with this volume."

Chapter 1) Playing with the R(ealism) effect: An introduction to Thomas Ostermeier’s theatre work.

2.2 Insights into the reality of human community: A defence of realism in theatre (2009).

3.1 Creating stage spaces like it is not possible anywhere else: Jan Pappelbaum on twenty years of inventing spaces for Thomas Ostermeier

3.3 A whole new world to explore: Sébastien Dupouey on his video artworks for Thomas Ostermeier’s theatre

4.1 Theatre against Fear: Thomas Ostermeier in conversation with Àlex Rigola (2006).

5.2 The actors’ work: The path towards An Enemy of the People.

5.3 Ein Volksfeind around the world: The actors’ diary.

6.1 The art of communicating: Thomas Ostermeier’s ‘inductive method’ of Regie.

6.2 A postscript on directing postdramatic theatre. And Shakespeare.

7.2 Preparing Richard III: The longing for the disavowed abyss (September 2014).

8.1 ‘The more political we are, the better we sell’: A conversation about the political potential of directing classical drama and the nasty traps of today’s cultural industry (2014).

9.2 Sources of the texts in this volume

Peter M Boenisch, originally from Munich/Germany, is Professor of European Theatre at the University of Kent, and a Fellow at the International Research Centre "Interweaving Performance Cultures" at Berlin.

Thomas Ostermeier is an internationally renowned theatre director, best known for his acclaimed productions of Hedda Gabler, Shopping and Fucking, and Hamlet. Since 2000, he has been Artistic Director of the Schaubühne Berlin. He became the youngest ever recipient of the Golden Lion award for his lifework at the 2011 Venice Biennial.