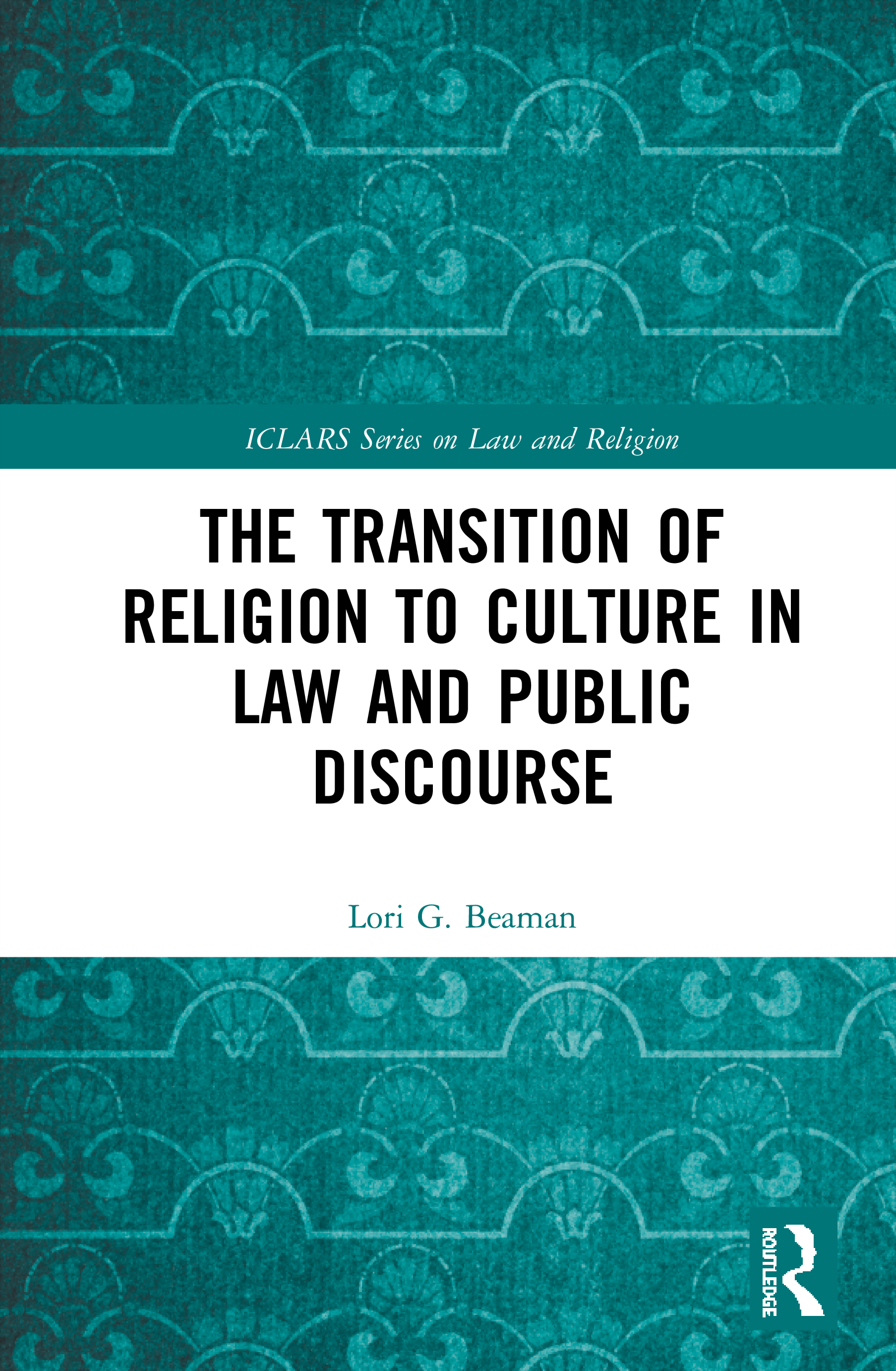 The Transition of Religion to Culture in Law and Public Discourse

This book explores the recent trend toward the transformation of religious symbols and practices into culture in Western democracies. Analyses of three legal cases involving religion in the public sphere are used to illuminate this trend: a municipal council chamber; a town hall; and town board meetings. Each case involves a different national context—Canada, France and the United States—and each illustrates something interesting about the shape-shifting nature of religion, specifically its flexibility and dexterity in the face of the secular, the religious and the plural. Despite the differences in national contexts, in each instance religion is transformed into culture or heritage by the courts to justify or excuse its presence and to distance the state from the possibility that it is violating legal norms of distance from religion. The cultural practice or symbol is represented as a shared national value or activity. Transforming the ‘Other’ into ‘Us’ through reconstitution is also possible. Finally, anxiety about the ‘Other’ becomes part of the story of rendering religion as culture, resulting in the impugning of anyone who dares to question the putative shared culture.

The book will be essential reading for students, academics and policy-makers working in the areas of sociology of religion, religious studies, socio-legal studies, law and public policy, constitutional law, religion and politics, and cultural studies.

Chapter 4: A Christian Nation and the Land of the Free;

Lori G. Beaman, Ph.D., F.R.S.C., is the Canada Research Chair in Religious Diversity and Social Change, Professor in the Department of Classics and Religious Studies at the University of Ottawa and Principal Investigator of Understanding Nonreligion in a Complex Future. She is the author of numerous books and articles, a regular participant in public discussions about religion and the public sphere and is the principal investigator of the multi-site study Nonreligion in a Complex Future.