The Transition to National Armies in the Former Soviet Republics, 1988-2005 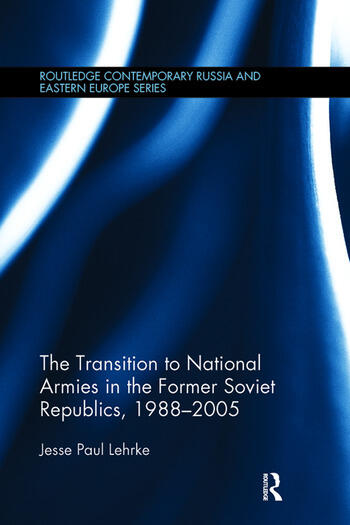 The Transition to National Armies in the Former Soviet Republics, 1988-2005

This book looks at the militaries of the late-Soviet and post-Soviet republics. Beginning with the end of the Soviet era, it recognises that the successor states did not spring from nowhere, but inherited a legacy that influenced all that followed. The book discusses how politicians control the instruments that are the manifestation of the state’s monopoly on violence, and how society views and supports the military. By taking a bottom up empirical approach that examines the personnel, leaders, organisations and institutions, and their outlook and attitudes, the book presents a comprehensive picture of the armed forces, showing how the armed forces are very significantly shaped by the surrounding political and social environment. The book goes on to examine the armed forces in action, and highlights that to truly understand the militaries, studies need to go beyond looking at the static structures.

Jesse Paul Lehrke is a Research Fellow at the German Research Institute for Public Administration Speyer.