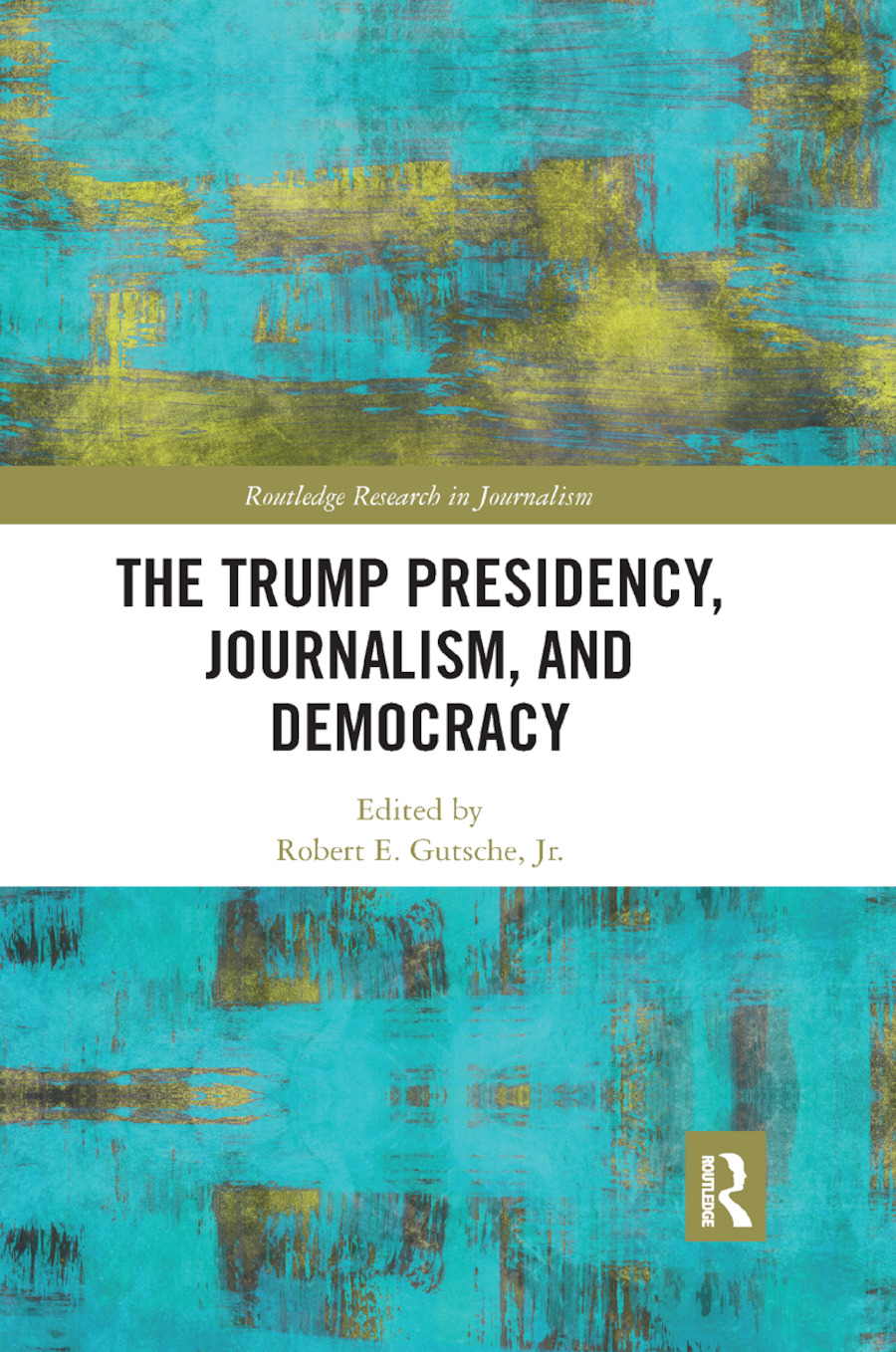 The Trump Presidency, Journalism, and Democracy

This book examines the disruptive nature of Trump news – both the news his administration makes and the coverage of it – related to dominant paradigms and ideologies of U.S. journalism. By relying on conceptualizations of media memory and "othering" through news coverage that enhances socio-conservative positions on issues such as immigration, the book positions this moment in a time of contestation. Contributors ranging from scholars, professionals, and media critics operate in unison to analyze today’s interconnected challenges to traditional practices within media spheres posed by Trump news. The outcomes should resonate with citizens who rely on journalism for civic engagement and who are active in social change

Translating Trump: How to Discuss the Complications of Covering New Presidential Politics

1. Donald Trump and the War on Media: From Election ‘16 into the Trump Presidency

2. News Boundaries of ‘Fakiness’ and the Challenged Imaginative Power of Journalistic Authority

5. Who, From Where?: TV Network News Coverage of Immigration Narratives During Trump’s First 100 Days

6. By Any Other Name: White-Supremacist Terrorism in the Trump Era

7. The Hell That Black People Live: Trump’s Reports to Journalists on Urban Conditions

8. Media Narratives of Gender in the Contentious Conservative Age of Trump

9. The Origins of Trump’s "Alternative Reality": A Brief History of the Breitbart Effect

10. Advertisements in the Age of Hyper-partisan Media: A Case Study of Breitbart’s #Dumpkelloggs Campaign

Robert E. Gutsche, Jr. is a Senior Lecturer in Critical Digital Media Practice at Lancaster University, UK. A journalist since 1996, his scholarship surrounds the cultural and social meanings of news and has appeared in Journalism & Mass Communication Quarterly, Journalism, and Journalism Studies.