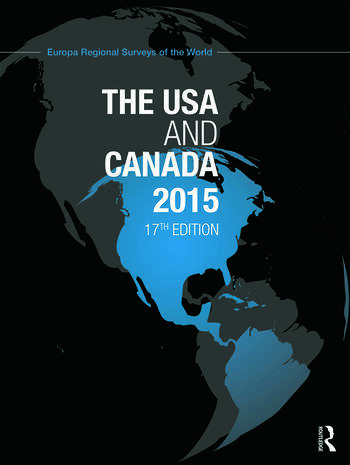 Essays by leading experts analyse topics of regional importance, including:

- US-Canadian economic integration, immigration, and the media in North American.

Each country is dealt with in greater detail within its own section. Country chapters include:

- a chronology of political events

- additional essays examining timely subjects such as US-Chinese economic competition, religion in US politics and the US Judicial system

- historical, political and economic surveys of each of the US states and Canadian provinces and territories

- comprehensive directory sections covering public affairs, the economy and society, which provide contact details and other useful information for the most significant institutions in the region.