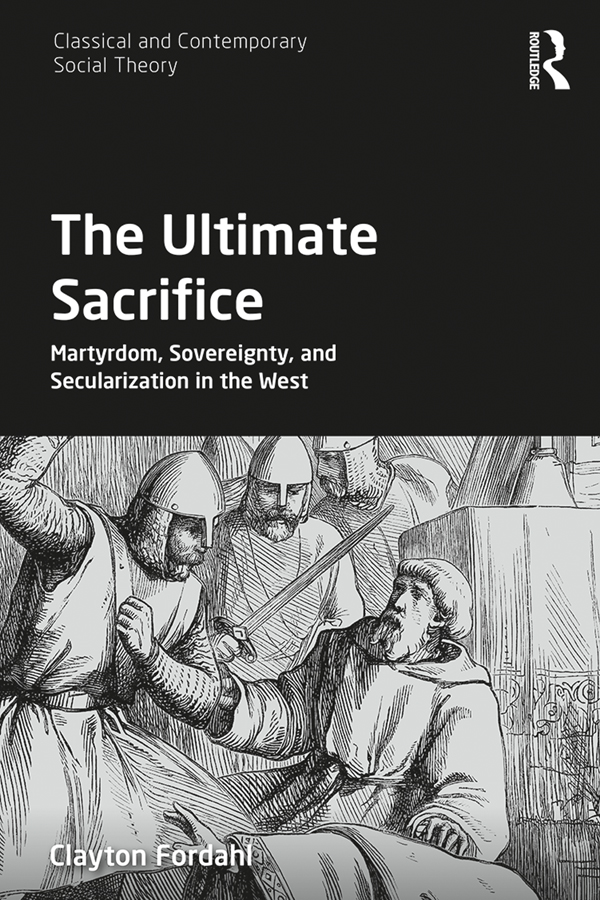 Martyrdom, Sovereignty, and Secularization in the West, 1st Edition

This book presents an interpretive, macro-historical and sociological account of martyrdom. Moving away from the notion of martyrdom as an object of individual behaviour and seeing it instead as a significant cultural work performed by communities in the wake of a violent death, it provides a novel interpretation of western political and religious history. In addition to thus redressing the disproportionate attention given to the concept’s relationship to Islam, the author offers a new perspective on two defining historical processes: secularization and the rise of modern sovereignty in the form of the nation-state. An innovative analysis of the role of sacrifice in contemporary culture, that constitutes a timely critique of long-dominant theories of disenchantment and the privatization of religion, The Ultimate Sacrifice will appeal to sociologists and social theorists with interests in religion, politics and the connection between the two.

2. A Theory of Martyrdom

3. The Seeds of the Church

4. The Suffering Body and the Body Politic

7. Western Martyrdom in a Secularized Age

Clayton Fordahl is Assistant Professor of Sociology at the University of Memphis, USA.