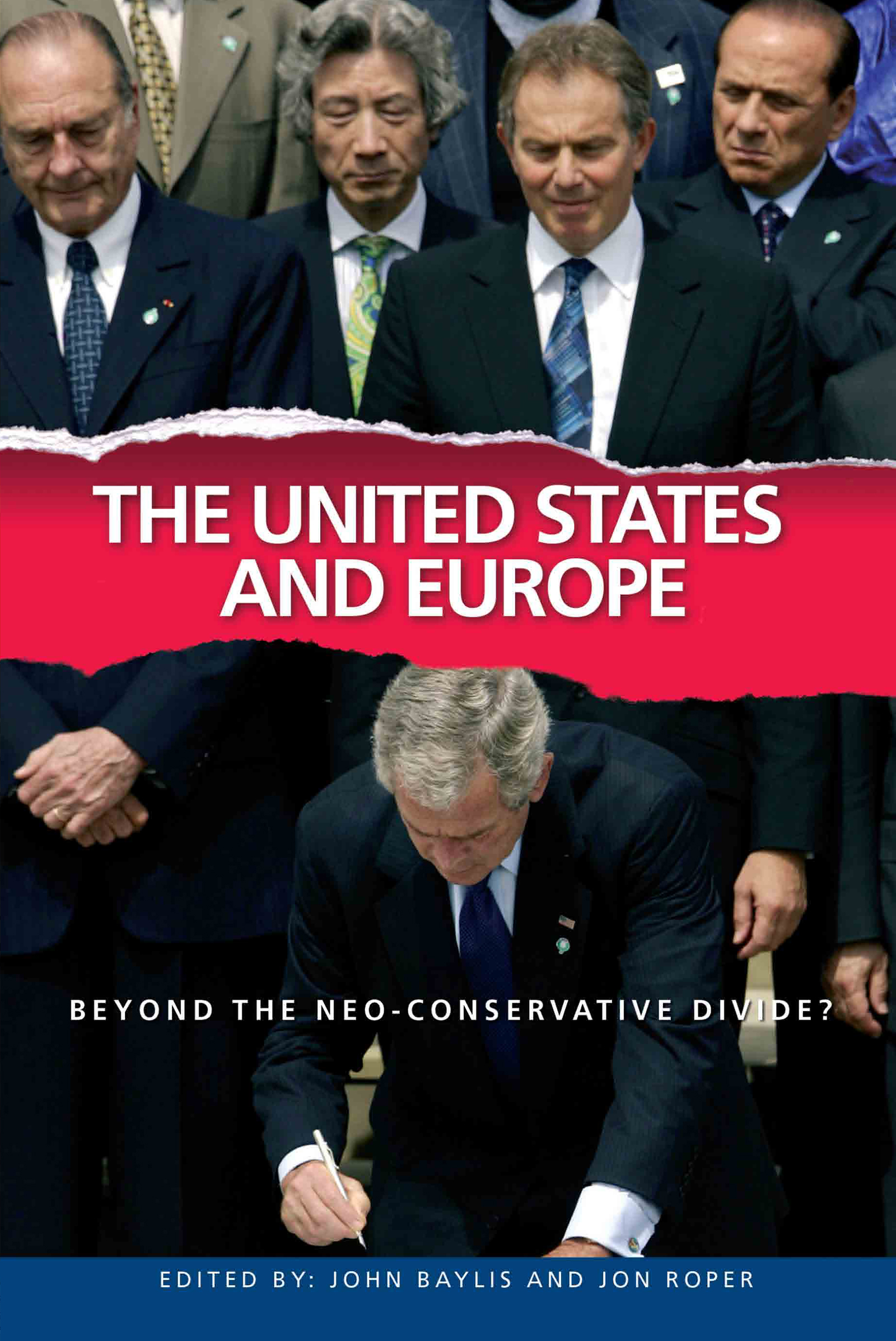 The United States and Europe

Beyond the Neo-Conservative Divide?, 1st Edition

A penetrating new examination of the triangular political and cultural relationship between America, Britain, and continental Europe.

This relationship is both fraught and dynamic. Post-war reconstruction of Europe brought integration. Creating a ‘United States of Europe’ was a goal shared by many Americans. Yet the contemporary 'War on Terror', has redefined relationships between America, Britain, 'old' and 'new' Europe. For Britain, the Channel seems wider than the Atlantic, although geopolitically it is part of Europe. This book brings together experts from Britain, Europe and America to explore the complexities of contemporary cultural and political relationships, considering the challenges that have been met and those that have to be faced.

1. Introduction Jon Roper and John Baylis 2. The Idea of America and the Idea of Europe: Presidential Power and Constitutional Authority Jon Roper 3. The Old and the New: Germany and Poland in the Recalibration of Transatlantic Security Relations Kerry Longhurst 4. From Dispute to Consensus: The Emergence Transatlantic Opposition to Neo-conservatism Jean-Marie Ruiz 5. German Transatlanticism: between Narcissism and Nostalgia Wade Jacoby 6. Britain, the United States and Europe: To Choose or Not to Choose? John Baylis 7. The United States and the Common European Security and Defence Policy: No End to Drift Steve Marsh 8. Beyond NATO?: The European Security and Defence Project Jolyon Howorth 9. The Transatlantic Alliance in the Iraq Crisis Saki Ruth Dockrill 10. The Spies that Bind: Intelligence Cooperation between the UK, US and the EU Stan A. Taylor 11. Transatlantic Relations in a Global Economy Joseph A. McKinney 12. Political Economy: Divergence and Convergence Between the United States and Europe Craig Phelan 13. New World and Old Europe: American Screen Images of Britain and France Beatrice Heuser 14. ‘Divided We Stand’: US Rhetoric of Defence and Defensive European Politics Walter W. Holbling Bibliography Index

Jon Roper is Professor of American Studies at Swansea University. His research interests include American political ideas, the Presidency and the impact of war on American politics, culture and society. He has published Democracy and its Critics (1989), The American Presidents (2000) and The Contours of American Politics (2002).