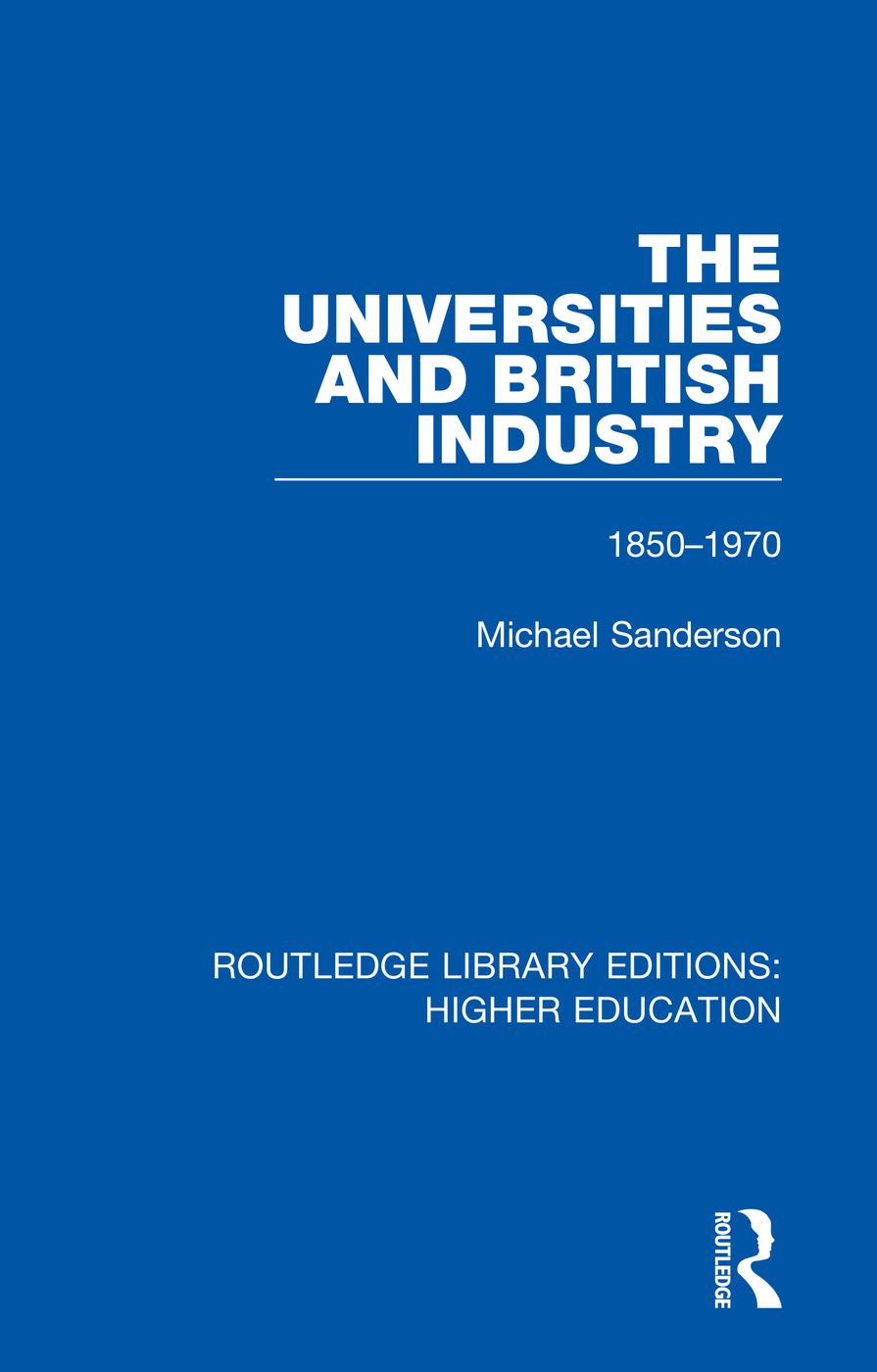 The Universities and British Industry

Originally published in 1972, The University and British Industry examines the lively and controversial relationship between British industry and the university. The book looks at the impact of industry on the development of British universities from the 1850s to the 1970s, and with contribution from the universities to industry through scientific research and the supply of graduate skills. The book argues that the close involvement of the universities and industry has been one of the chief beneficial forces shaping the British universities movement in the last hundred years. It gives an account of the changes which took place within the universities to make them more suitable for industries purposes, describing for example the early rise of the English civic universities, strongly financed by, and closely supporting industry. The book also considers how, during the two world wars, industry became highly reliant on the universities for the war technology, and how, despite the depression between the wars, university research and graduate employment embraced the widening opportunities of the new industries. The book also discusses the expansion of the university in the sixties and points out that industrial motives have merged with those of social justice, posing dilemmas for present and future relations between universities and industry.

1. The Conditions of Involvement

11. The University Women in Business and Industry Before 1939

The volumes in this set, originally published between 1964 and 2002, draw together research by leading academics in the area of higher education, and provide a rigorous examination of related key issues. The volume examines the concepts of learning, teaching, student experience and administration in relation to the higher education through the areas of business, sociology, education reforms, government, educational policy, business and religion, whilst also exploring the general principles and practices of higher education in various countries. This set will be of particular interest to students and practitioners of education, politics and sociology.