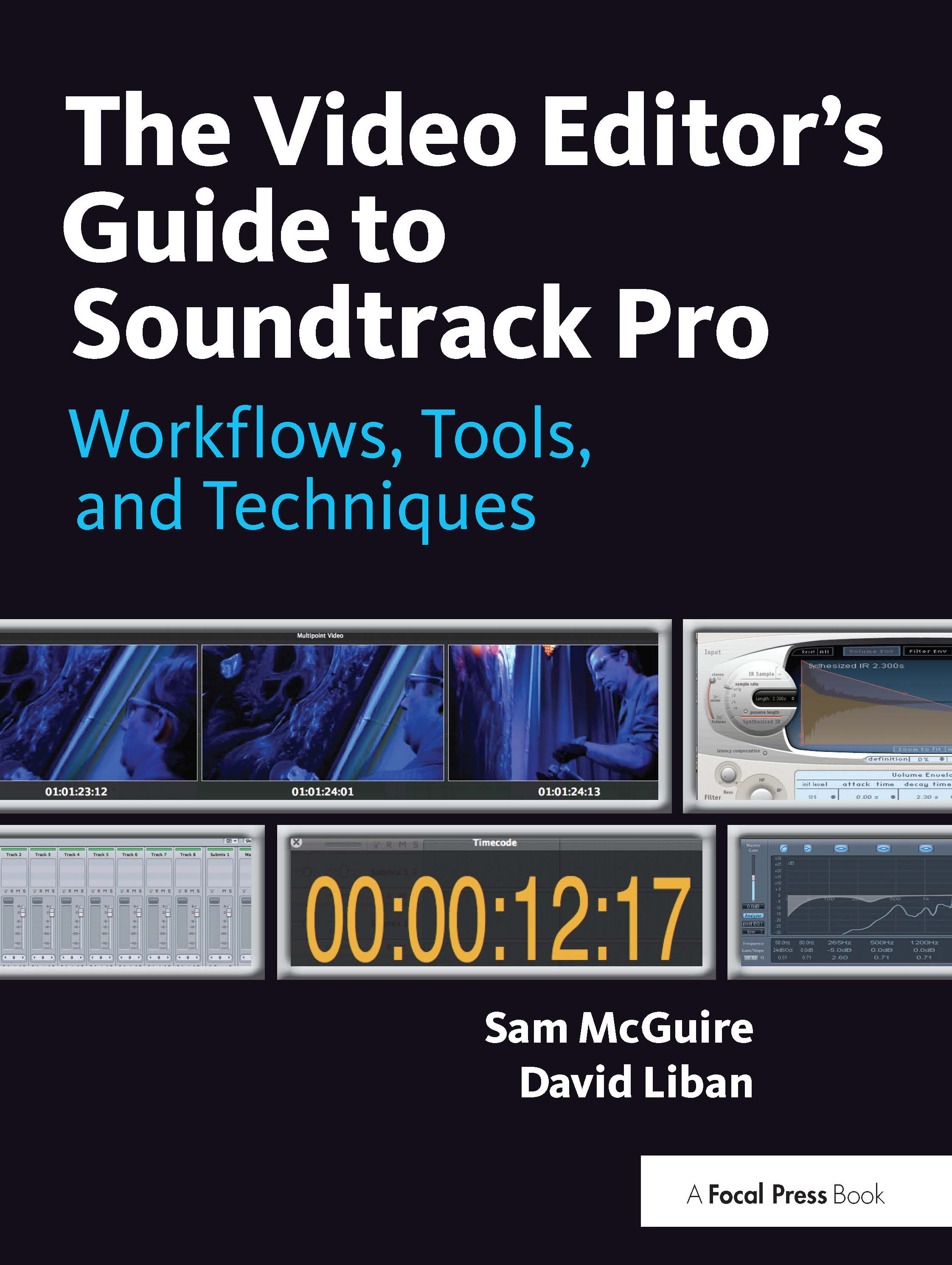 This book tells you how, why, and when you should perform certain audio postproduction tasks within Soundtrack Pro while editing your video in the Final Cut Studio suite.

The book provides real-world workflows and step-by-step instruction on the basics of audio editing in STP, implementing sound effects, spectral tools and much more. Also included is a DVD containing both video and audio files, demonstrating surround sound, mixing procedures, and other audio editing processes. Included as well are project files with which you can refine techniques learned in the book.

"Will reach a variety of collections, from those strong in digital video workbooks to recording arts and film producers. Step-by-step instruction on the basics of audio editing using Soundtrack Pro offers keys to working with projects, tools, acoustics and more. The rest's a powerful pick for any film or digital collection."--CA Bookwatch

Chapter 3 - Expectations of the video editor

Sam Mcguire is on the faculty of the University of Colorado Denver and has served at the Appalachian State University as assistant professor and director of the Robert F. Gilley Recording Studio.
David Liban has worked in the television and film business since 1987. He has produced and directed numerous independent productions. He is a professor of film and video production at the University of Colorado Denver where he teaches production and post-production. His films have been aired nationally on PBS as well as Israel and Australia. His film, Carhenge: Genius or Junk? was nominated for a regional Emmy in 2007.