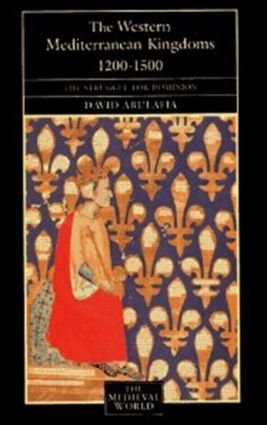 A pioneering account of the dynastic struggle between the kings of Aragon and the Angevin kings of Naples, which shaped the commercial as well as the political map of the Mediterranean and had a profound effect on the futures of Spain, France, Italy and Sicily. David Abulafia does it full justice, reclaiming from undeserved neglect one of the formative themes in the history of the Middle Ages.

1. The Origins of the Sicilian Kingdom.

3.The Rise and Fall of Charles of Anjou.

4. Politics and Religion in the Era of Ramon Llull.

5. The Mediterranean in the Age of James II of Aragon.

7. Sicily and Southern Italy in the Age of Disorder.

8. The End of the House of Barcelona.

9. Alfonso the Magnanimous and the Fall of the House of Anjou.

David Abulafia is Professor of Mediterranean History at Cambridge University.

The Medieval World series covers post Roman and medieval societies and major figures in Europe and the Mediterranean, including western, central and eastern Europe as well as North Africa, the Middle East, and Byzantium. Books in the series cover a broad spectrum of subjects. These range from general topics, such as rural and urban economies, religion and religious institutions, rulership, law, conflict and power, gender and sexuality, and material culture, to biographies and interpretations of major figures, from kings, emperors and popes to saints and theologians.

Books in the Medieval World Series are intended to be an introduction to the authors’ specialist subjects and a gateway into the state of the art and current debates in those subjects – the book they would like their students to read before they take advanced undergraduate or graduate level seminars, and that scholars and students in other fields, both inside and outside of medieval history, would resort to first to learn about current work on these subjects.

At the same time, books in the series should be original scholarly monographs that contribute to their authors’ specific fields of interest. They should not only present the state of the art and introduce readers to current debates; they should express the authors’ ideas and develop them into innovative arguments that will contribute to and influence those debates.

The books should range in length between 100,000-and 140,000 words (including notes and other reference material). They may also contain a small number of images, provided that those images are discussed in the text.