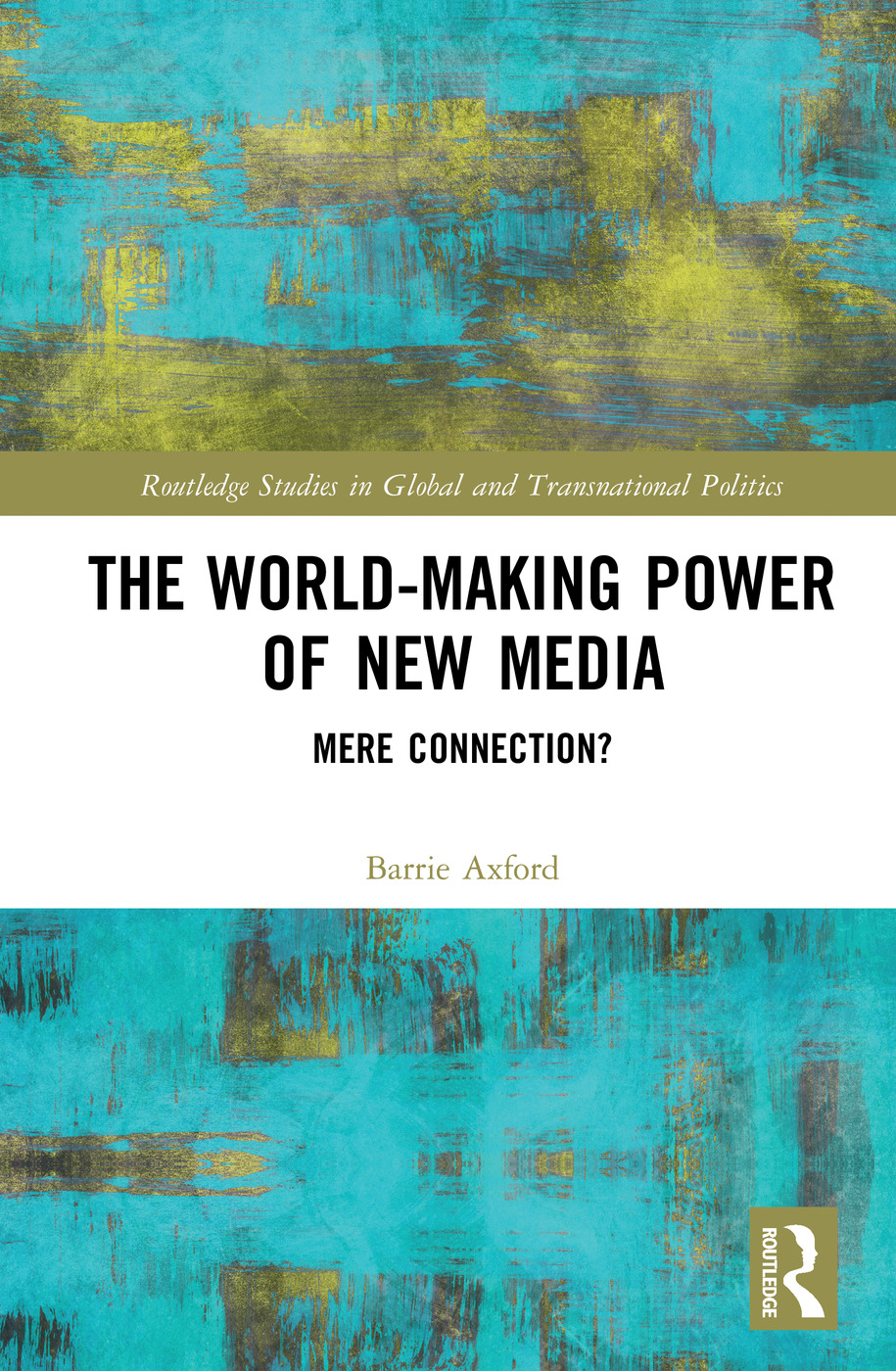 The World-Making Power of New Media

In this new work, Axford seeks to contribute to the development of global theory, particularly where it engages with the contested idea of globality; a concept which musters as consciousness, condition, framework, even system.

By examining emergent globalities through the lens of world-making communicative practices and forms, the author demonstrates their transformative social power and underlines the cultural dynamics of globalization. Taking a critical view of much of the current scholarship on emergent globalities, Axford steps outside the rationalist-territorialist conceptions of association and order and takes issue with those who advise there is a widespread 'myth' of media globalization. The book examines global communicative connectivity, using digital, or "new" media – especially the Internet - as the prime exemplar of global process.

As well as the academic importance of such themes for theory-building, the strategic, "real-world" impacts of communicative connectivity are palpable. Thus, the welter of debate around the influence of the Internet on democracy, democratization, revolt and collective action generally, have real purchase when discussed in relation to the events of the uprisings in MENA, anti-capitalist protests in London and New York and the tribulations of the EU in recent months/years. Using such exemplars the book assesses claims for the existence and robustness of global society, the significance of cosmopolitan communication and the extent of global consciousness.

This work will be of interest to students and scholars of globalization, international relations, and media and cultural studies.

1. Mere Connection or Mastery Without Remainder?

2. Media and Globalization: Myths and Counter-Myths

4. On World-Making Communicative Forms and Practices

5. The Mediatization of Sport as Emergent Globality

6. The Mediatization of Politics and Forms of Emergent Globality

7. The Mediatization of Everything as Emergent Globality

The core theme of the series is ‘global connectivities’ and the implications and outcomes of global and transnational processes in history and in the contemporary world. The series aims to promote greater theoretical innovation and inter-disciplinarity in the academic study of global transformations. The understanding of globalization that it employs accords centrality to forms and processes of political, social, cultural and economic connectivity (and disconnectivity) and relations between the global and the local. The series’ editors see the multi-disciplinary exploration of ‘global connectivities’ as contributing, not only to an understanding of the nature and direction of current global and transnational transformations, but also to recasting the intellectual agenda of the social sciences.

The series aims to publish high quality work by leading and emerging scholars critically engaging with key issues in the study of global and transnational politics. It will comprise research monographs, edited collections and advanced textbooks for scholars, researchers, policy analysts, and students.