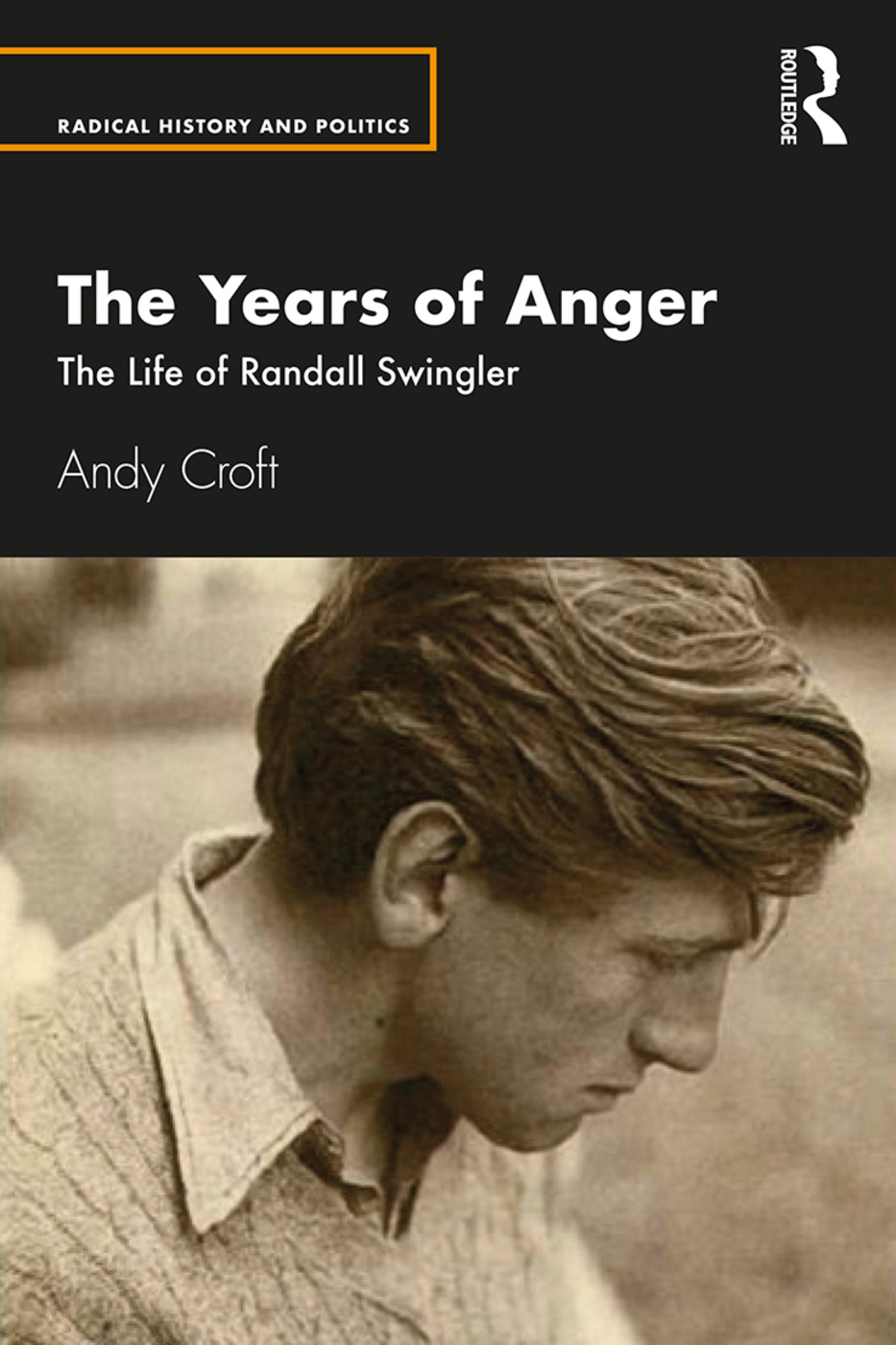 The Years of Anger

Randall Swingler (1909-67) was arguably the most significant and the best-known radical English poet of his generation. A widely published poet, playwright, novelist, editor and critic, his work was set to music by almost all the major British composers of his time. This new biography draws on extensive sources, including the Security Services files, to present the most detailed account yet of this influential poet, lyricist and activist.

A literary entrepreneur, Swingler was founder of radical paperback publishing company, Fore Publications, editor of Left Review and Our Time, and literary editor of the Daily Worker; later becoming a staff reporter, until the paper was banned in 1941. In the 1930s, he contributed several plays for Unity Theatre, including the Mass Declamation Spain, the Munich-play Crisis and the revues Sandbag Follies and Get Cracking. In 1936, MI5 opened a twenty-year long file on him prompted by a song he co-wrote with Alan Bush for a concert organized to mark the arrival of the 1934 Hunger March into London. During the Second World War, Swingler served in North Africa and Italy, and was awarded the Military Medal for his part in the battle of Lake Comacchio. His collections The Years of Anger (1946) and The God in the Cave (1950) contain arguably some of the greatest poems of the Italian campaign. After the War, Swingler was blacklisted by the BBC. Orwell attacked him in Polemic and included him in the list of names he offered the security services in 1949. Stephen Spender vilified him in The God that Failed.

The book will challenge the Cold War assumptions that have excluded Swingler’s life and work from standard histories of the period and should be of great interest to activists, scholars and those with an interest in the history of the literary and radical left.

A genuinely ground-breaking biography that restores to view a forgotten world of left culture in twentieth-century Britain. —Ben Harker, University of Manchester, UK

Unjustly neglected as a poet, Randall Swingler is one of the most fascinating figures in the cultural history of British communism. Scholarly, empathetic and beautifully written, Andy Croft's biography is a wonderful work of retrieval and one of the best accounts we have of the cultural politics of the popular front and cold war years. — Kevin Morgan, University of Manchester, UK

4. Entrance to the City

15. The People’s Republic of Pebmarsh

Andy Croft has published numerous anthologies of poetry as well as several previous studies of Randall Swingler and of political literature including Randall Swingler: Poet of the Italian Campaign (2008); Comrade Heart: A Life of Randall Swingler (2003); A Weapon in the Struggle: Essays on the cultural history of the Communist Party of Great Britain; 1998 and Red Letter Days: British Fiction in the 1930s (1990).

The series Routledge Studies in Radical History and Politics has two areas of interest. Firstly, this series aims to publish books which focus on the history of movements of the radical left. ‘Movement of the radical left’ is here interpreted in its broadest sense as encompassing those past movements for radical change which operated in the mainstream political arena as with political parties, and past movements for change which operated more outside the mainstream as with millenarian movements, anarchist groups, utopian socialist communities, and trade unions. Secondly, this series aims to publish books which focus on more contemporary expressions of radical left-wing politics. Recent years have been witness to the emergence of a multitude of new radical movements adept at getting their voices in the public sphere. From those participating in the Arab Spring, the Occupy movement, community unionism, social media forums, independent media outlets, local voluntary organisations campaigning for progressive change, and so on, it seems to be the case that innovative networks of radicalism are being constructed in civil society that operate in different public forms.

The series very much welcomes titles with a British focus, but is not limited to any particular national context or region. The series will encourage scholars who contribute to this series to draw on perspectives and insights from other disciplines.