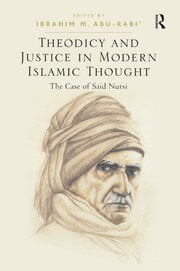 Theodicy and Justice in Modern Islamic Thought: The Case of Said Nursi

This book explores the theology and philosophy of the distinguished modern Muslim scholar and theologian Bediuzzaman Said Nursi [d.1960]. Nursi wrote in both Ottoman Turkish and Arabic and his life and thought reflected the transition of modern Turkey from an empire to a secular republic. The contributors to this volume shed new light on two major dimensions of Nursi's thought: theodicy and justice. Classical Muslim theologians debated these two important issues; however, we must consider the modern debate of these issues in the context of the radical political and social transformations of modern Turkey. Nursi explored these matters as they related to the development of state and society and the crisis of Islam in the modern secular nation-state. Nursi is the founder of a 'faith movement' in contemporary Turkey with millions of followers worldwide. In this book, distinguished scholars in Islamic, Middle Eastern, and Turkish Studies explore Nursi's thought on theodicy and justice in comparison with a number of western philosophers, theologians, and men of letters, such as Dante, Merton, Kant, and Moltman. This book presents an invaluable resource for studies in comparative religion, philosophy, and Islamic and Middle Eastern Studies.

Ibrahim M. Abu-Rabi is ECMC Chair Of Islamic Studies, University of Alberta, Edmonton, Canada, and author of 15 books in English on Islamic thought and practice.

While many works treat political Islam and contemporary social movements in the Muslim world, this volume provides the reader with a window onto the important and less well known theological engagements of Muslims with issues of justice and theodicy. In these well-argued and thoughtful chapters, a first-rate team of experts in Islamic studies and theologians explores these themes in the writings of Turkey's Said Nursi, one of the most important theologians of Islam in the twentieth century, whose works are receiving growing attention due to their continued relevance and power to inspire new generations of Muslim youth confronting the challenges of modernity and secularism. Marcia Hermansen, Director, Islamic World Studies Program; Loyola University Chicago, USA It is lovely to see one of the Muslim world's finest scholars and spiritual teachers, a man steeped in the rich veins of Islamic spiritual life, deeply engaged by an international group of scholars at the heart of his thinking about alienation. Bediuzzaman Said Nursi experienced more than his share of ghurba, estrangement. Drawing on the Divine Revelation and much of what is best in the spiritual traditions of his homeland Turkey, he speaks to us of that transformation into uns, companionship, a grace from him who is "the most near". Nursi's thought has moved far beyond his Turkish homeland inviting all of us who experience the alienation of modernity to engage the deepest questions of our day in hope that we will find spiritual companionship. This book is an antidote to many modern ideologies that nest in the alienated hearts and homeless minds frequently found in the modern West and increasingly in Muslim countries. David J. Goa, Director, Chester Ronning Centre for the Study of Religion and Public Life, University of Alberta,Canada Nursi is perhaps the most influential Muslim thinker in modern Turkey and we are grateful to Ibrahim Abu-Rabi' for drawing our attention to Nursi's multifaceted intellectu