Theology and the Science of Moral Action
Virtue Ethics, Exemplarity, and Cognitive Neuroscience 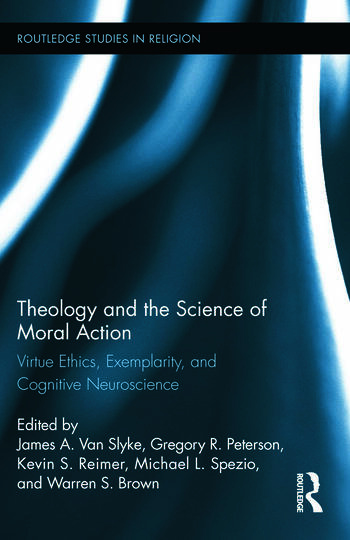 Theology and the Science of Moral Action: Virtue Ethics, Exemplarity, and Cognitive Neuroscience

The past decade has witnessed a renaissance in scientific approaches to the study of morality. Once understood to be the domain of moral psychology, the newer approach to morality is largely interdisciplinary, driven in no small part by developments in behavioural economics and evolutionary biology, as well as advances in neuroscientific imaging capabilities, among other fields. To date, scientists studying moral cognition and behaviour have paid little attention to virtue theory, while virtue theorists have yet to acknowledge the new research results emerging from the new science of morality.

Theology and the Science of Moral Action explores a new approach to ethical thinking that promotes dialogue and integration between recent research in the scientific study of moral cognition and behaviour—including neuroscience, moral psychology, and behavioural economics—and virtue theoretic approaches to ethics in both philosophy and theology. More particularly, the book evaluates the concept of moral exemplarity and its significance in philosophical and theological ethics as well as for ongoing research programs in the cognitive sciences.

James A. Van Slyke currently serves as Research Assistant Professor in the Travis Research Institute at the Fuller Graduate School of Psychology in Pasadena, CA. He is also Assistant Professor of Philosophy in the School of Humanities, Religion, & Social Sciences at Fresno Pacific University and a Tobis Research Fellow at the Center for the Scientific Study of Ethics and Morality at the University of California, Irvine.

Gregory R. Peterson is Associate Professor of Philosophy and Religion at South Dakota State University, where he currently serves as program coordinator. Dr. Peterson’s primary area of research is in religion and science, with special attention devoted to the biological and cognitive sciences and their implications for religious and philosophical approaches to human nature. Author of over 30 articles on religion and science in books, encyclopedias, and journals, he has published the book Minding God: Theology and Cognitive Science (2002).

Warren S. Brown is Professor of Psychology and Director of the Lee Travis Research Institute at the Graduate School of Psychology, Fuller Theological Seminary. He is research neuropsychologist/neuroscientist interested in the impact of congenital brain malformations and has coauthored over 75 peer reviewed scientific articles. He is also author or editor of 3 books on science and philosophy/religion (Whatever Happened to the Soul, edited with Nancey Murphy and H. Newton Malony; Did My Neurons Make Me Do It?, with Nancey Murphy; and Neuroscience, Psychology and Religion, with Malcolm Jeeves).

is Professor of psychology at Azusa Pacific University and research faculty at the Graduate School of Psychology, Fuller Theological Seminary. Reimer is widely published in academic journals and volumes of collected works. Past book projects include The Reciprocating Self (2005), A Peaceable Psychology (2009), and Living L’Arche (2009). His current book project, The Saints of 405, considers spiritual identity in nominated Muslim, Jewish, and Christian exemplars from west Los Angeles.

Michael L. Spezio is Assistant Professor of Psychology at Scripps College in Claremont, California, and Visiting Faculty in Social and Affective Neuroscience at the California Institute of Technology.